Colm Flynn and Nigel Rabbitte in action against Dublin 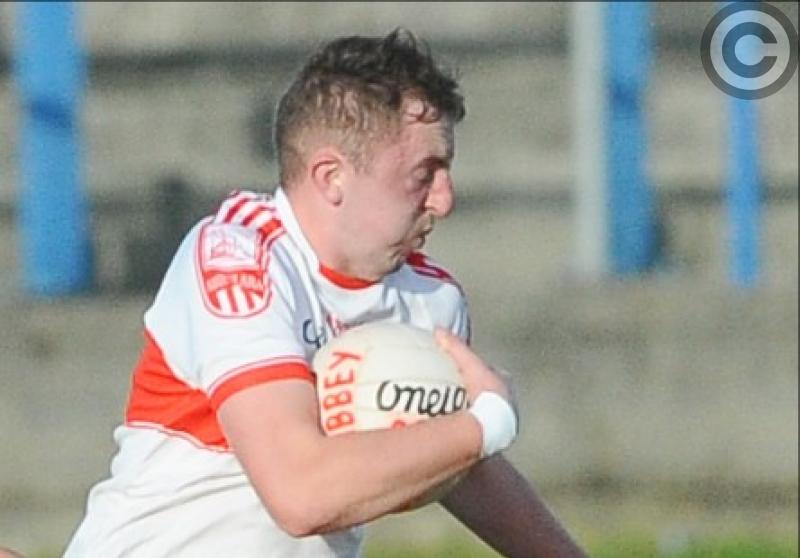 Abbeylara player Nigel Rabbitte who scored two points for the Underdogs against Dublin.

Ballymahon’s Colm Flynn and Abbeylara’s Nigel Rabbitte were in action for the Underdogs at Parnell Park on Friday night but there was no joy for the Longford lads.

Featuring just Jonny Cooper, Michael Fitzsimons and Eoin Murchan from their four-in-a-row All-Ireland winning team, the Dublin selection were still far superior as the Underdogs were outclassed in a completely one-sided game.

It was the final episode of the Reality TV show with the match live on TG4 but at least the Longford viewers got to see wing forward Nigel Rabbitte converting a couple of frees in the first half.

That was as good as it got for the Underdogs, captained by midfielder Colm Flynn, as they ended up trailing by 2-8 to 0-2 at the break with the outstanding Dublin corner-forward Stephen Smith (clocking up 2-4) causing most of the damage throughout the match.

Dublin eventually won by the wide margin of 5-17 to 1-3 but at least Colm Flynn and Nigel Rabbitte enjoyed the experience of being involved with the Underdogs and fair play to the Longford duo.