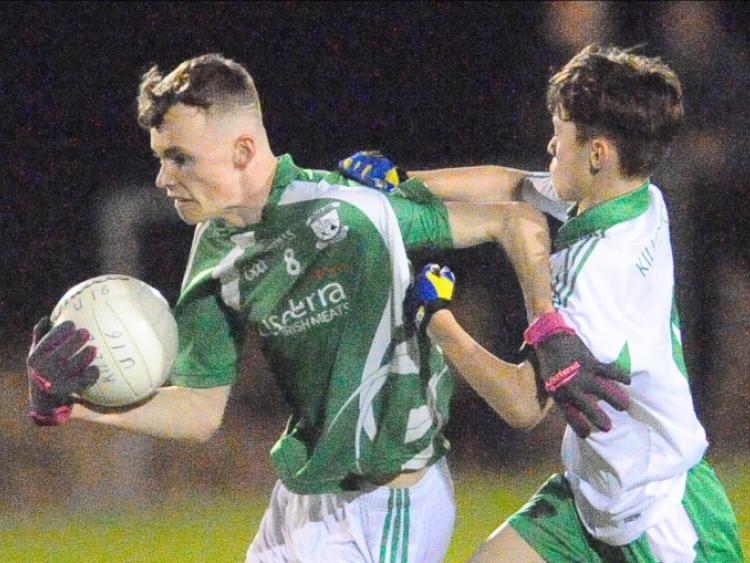 Jack Duggan on the attack for Clonguish Og in his bid to evade the challenge of Killoe Og opponent Gavin Farrelly. Action from the Juvenile (U-16) 'B' Championship Final. Photo: Declan Gilmore

With powerful midfielder Jack Duggan leading the charge, the Juvenile ‘B’ Football Championship title was captured by Clonguish who scored a comprehensive win over Killoe in the final at the Monaduff grounds, Drumlish on Wednesday night.

The impressive Jack, son of former Roscommon star Derek Duggan, clocked up a total of 3-5 as Clonguish Og (managed by Daddy Duggan) led by five points (3-7 to 3-2) at the break after playing with the advantage of the wind in the first half.

Three more Clonguish goals followed in the second half to complete a fine team performance in proving too strong for Killoe.