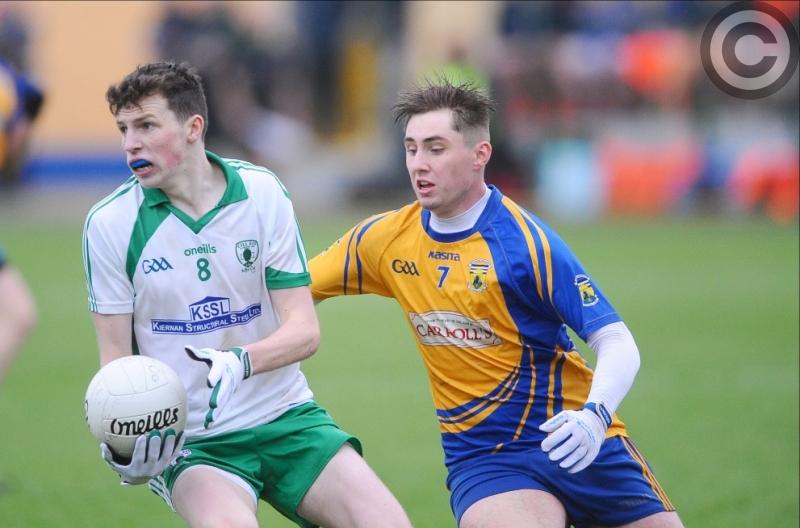 Niall Finneran on the ball for Killoe Og in his bid to evade the challenge of Carrick Sarsfields/St Dominic's opponent Eoghan McCormack. Action from the Minor Final on Sunday. Photo: Declan Gilmore

Killoe were ahead by 11 points twice but after they scored their final point in the 49th minute it was all Carrick Sarsfields/Kenagh. Credit to the amalgamation as they never gave up and fought until the bitter end in losing the U-18 final for the second year in succession.

Killoe ended the game with 14 players after Reece Leonard was sent off following a fracas in the third minute of stoppage time. Shea Carberry scored a point for the amalgamation one minute later to close the gap to just a single point.

There was still time for Carrick Sarsfields/St Dominic’s to snatch a dramatic draw but Eoghan McCormack shot narrowly wide and Killoe Og were able to hold out for another Harte Cup triumph.