Longford SFC Final: Connor Berry has become a real leader for Abbeylara in their quest for glory 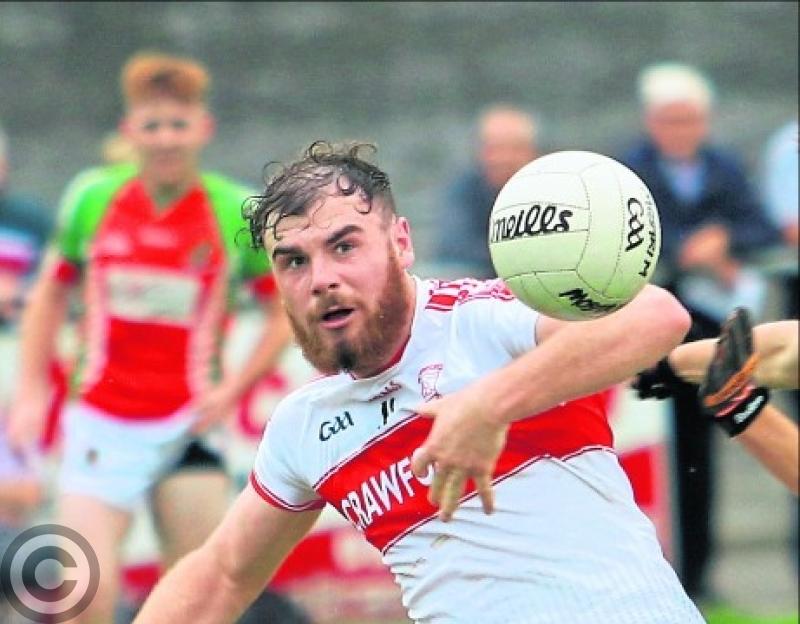 Connor Berry, who has the ability to make a major impact for Abbeylara in the county final. Photo: Syl Healy

When Abbeylara captain Robbie Smyth got injured in the remaining fixture in the group stage of this year’s championship his cousin Connor Berry stood up and took over the mantle to become a real leader.

Berry’s form has been terrific this year for both club and county and said he is enjoying his football.

“This has been one of the best years as I found myself getting back in form and I am enjoying football again.

“Everyone knows how good Robbie is; not just his scoring threat but his presence on the pitch. We knew we had to step up without him to keep our title hopes alive.”

Connor speaks honestly about a time when football was not satisfying.

“I don’t know what it was; maybe it was too much football. I don’t think I  had a proper break in about six years.

“You have minor, that rolls into U-21 and playing with the club that nearly runs into Christmas and then the Longford seniors are back in action. It never really stopped. I suppose I got a small bit of a break this year and it did help.”

Berry is delighted to have his older brother Padraig playing alongside him and his experience has been crucial, especially in the previous games on the path to the final.

“Padraig has the experience. He has had a hard time with injuries but what he brings to the team everyone thrives on and it is a great boost.

“He has been through it all. Nerves or nothing get to him and it is so valuable what he brings to us.”

Great credit must be given to Abbeylara who have come back year after year despite losing county finals.

Connor Berry doesn’t dwell too much on the previous disappointments and said from the start of the year Abbeylara took it game by game.

“We just sort of take every game as it comes. Each match is as important as the next.

“At the start of the year every club’s objective is reaching the county final. Everyone wants to get there.

“It is a credit to the group of lads that we are here again. We have lost about ten players since last year but you would not notice it.”

Although this is their fourth year to feature in the county senior final, Berry knows opportunities like this should be savoured when they happen.

“Everyone knows these opportunities don’t come around too often. We sort of squandered our chances  in the last few years so we are just doing everything in our power to make this year ‘our year’.

“We have the bit of experience there which is important and we all want the same thing. That’s it.”

Connor is firmly focussed on Sunday’s big game and the mood in the camp is good.

The main thing for him and his team mates is to stay away from the hype that reaching a county final brings to the local community.

“We are keeping away from the hype. For us it’s another game and that’s how we are treating it. The morale is good and we are keeping things positive. We are ready and raring to go.”