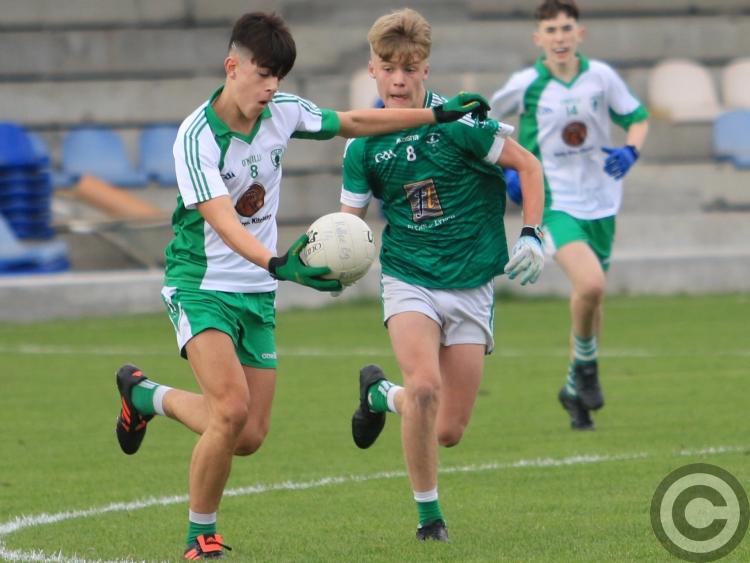 Adam Donnelly on the ball for Killoe Og ahead of Clonguish Og opponent Matthew Flynn. Action from the U-14 'A' Championship Final at Pearse Park on Saturday. Photo: Syl Healy

Killoe Og were in complete control to take the U-14 ‘A’ Championship title with a comprehensive win over Clonguish in the final at Glennon Brothers Pearse Park on Saturday.

The slick Killoe side were ruthless and clinical. Credit to Clonguish Og who battled throughout against an excellent opposition who played some very good football.

Particularly impressive for the county title winners was full-forward Colm Coyle who clocked up a total of 4-3.