Longford JFC Final: Clonguish and Killoe battle it out for the Junior title 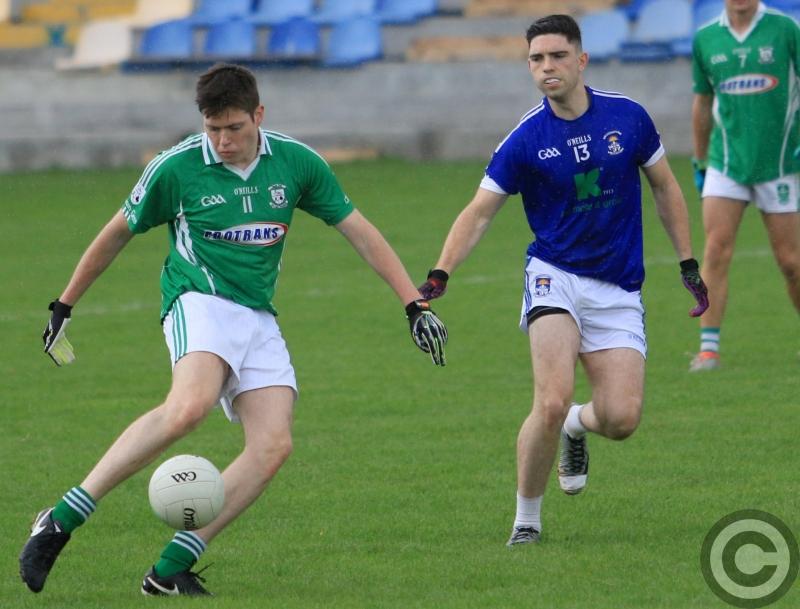 After two years of being known as the Intermediate ‘B’ Championship, the Junior Championship was back to its original title this year and at Glennon Brothers Pearse Park on Sunday Clonguish and Killoe Emmet Og will contest the decider, throw-in 2pm.

Both sides have players with senior club championship experience and have a good mix of youth and experience. They are very evenly matched sides.

The two sides met in the last game of the group stages with Clonguish coming away with a 2-5 to 1-3 win; Paul Barden Jnr and Ian Reilly with the goals. They had a fine win in their opening group game defeating Mullinalaghta 3-15 to 0-9.

Clonguish had a hard fought win over Legan in the last four of the championship. They came out on top by just the minimum of margins with Legan having a chance at the end to draw the game.

Goalkeeper James Tormey pulled off an excellent save midway through the second half to deny Legan a second goal. It came at a crucial time because Legan were trailing by one point at that stage.

Tormey’s performance on Sunday could have a huge bearing on whether Clonguish can claim the Junior title. He has a solid defence in front of him while Paul Barden Jnr and David Faughnan form a formidable partnership in the middle of the park.

Clonguish’s forward line can get scores with Ian Reilly and Niall O’Reilly leading the attack in the full-forward-line.

This is Killoe’s fifth final appearance at this grade. They claimed the Intermediate B title back in 2016 but have to go back to 1988 for the last time they won the Junior Championship. They were beaten in the Inter 'B' final last year by Colmcille.

This year Killoe were pipped to the Division 3 title by Legan Sarsfields but won the Division 3 Reserve League to claim the Padraic Gerety Cup with a fine win over Ardagh/Moydow.

Having lost to Clonguish in the group stages Killoe will be out to avenge that result on Sunday. They had an easy win over Fr Manning Gaels in the semi-final with their defence never really tested with Tommy Reilly excellent, but they know it will be a different story on Sunday against a good Clonguish attack.

The midfield battle will be key with brothers David and Philip Kiernan at centrefield  for Killoe.

Killoe have a strong forward line with the ever youthful Ger Carberry still producing good performances. Shane Thompson has been in tremendous form this year; he scored two goals in the semi-final and also in the Padraic Gerety Final, and Killoe will be looking to him for vital scores. Eugene Clarke also possesses a keen eye for the target.

There will be plenty of good battles at Pearse Park on Sunday in what will be a tight affair. Killoe’s forward line might just be the difference between the sides.