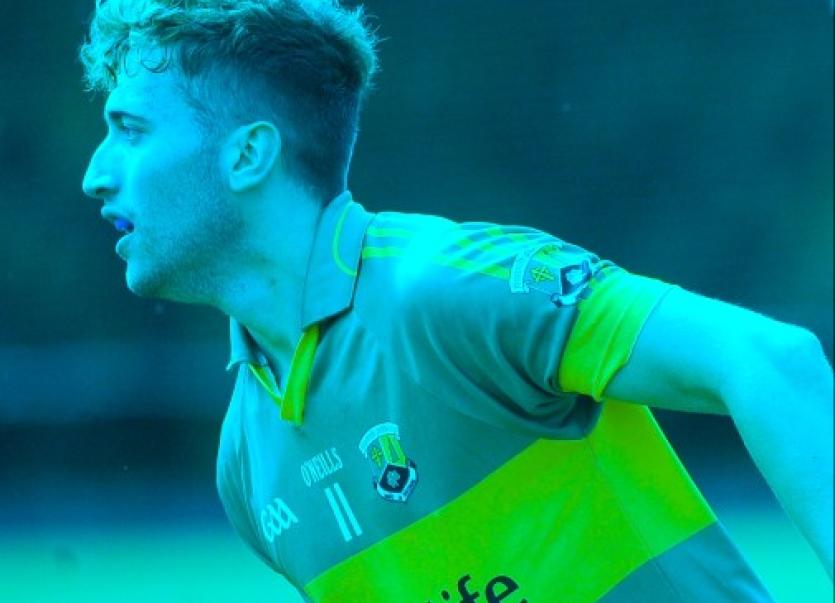 Rory Sullivan who was impressive for Ardagh/Moydow in their win over Ballymore in the IFC semi-final at Glennon Brothers Pearse Park.

Ardagh/Moydow overcame the handicap of having to field without key forward Daryl Carrigy (serious knee injury) to score a comfortable win over Ballymore in the Intermediate Football Championship semi-final at Glennon Brothers Pearse Park on Sunday evening.

While the unfortunate Carrigy is facing a lengthy absence, Ardagh/Moydow still packed the greater scoring power and particularly impressive were Killian Farrell and Rory Sullivan as their side advanced to meet Rathcline in the county final on Sunday 23 September.

The deadly duo were a constant threat in attack, clocking up ten points between them, and even when Farrell was forced to retire injured in the early stages of the second half the Ardagh/Moydow manager Declan Rowley was able to introduce a vastly experienced replacement in Paddy Ganley.

Ganley registered two points while defender Tommy Powell surged forward to fire home the Ardagh/Moydow goal in the 26th minute. That left the amalgamation leading by 1-7 to 1-3 at the break and they never looked like letting victory slip from their grasp against brave Ballymore.