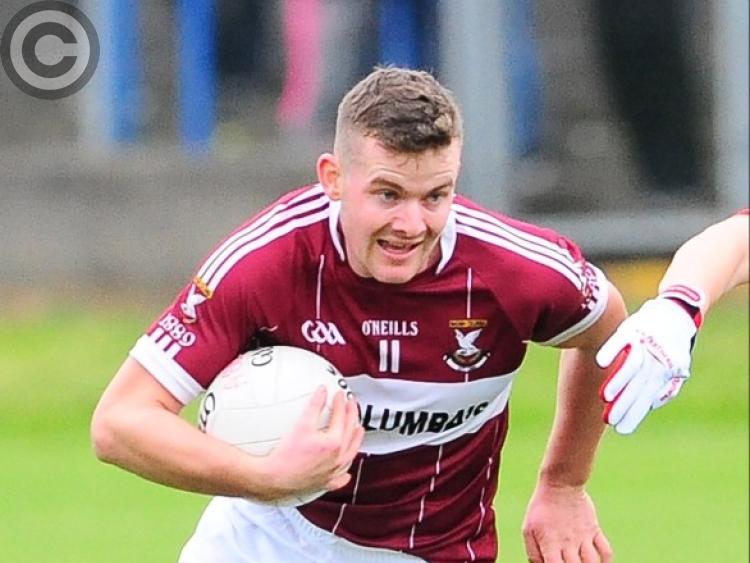 Mullinalaghta forward James McGivney who scored four points in the win over Mostrim in the SFC quarter-final.

While Mullinalaghta remain on course to capture the county senior football championship title for the third year in a row they were made to work hard for the win over Mostrim in the quarter-final clash at Glennon Brothers Pearse Park on Saturday evening.

Five points separated the sides in the finish and the concession of a soft goal in the first half proved to be a severe setback for the gutsy Edgeworthstown outfit who tried their best to get back into contention.

Jayson Matthews pounced to finish the ball to the net from a few yards out in the 13th minute and that decisive score left St Columba’s in a comfortable 1-5 to 0-2 lead.

Mullinalaghta managed to consolidate their grip on the game in doing enough to make it through to the semi-final in a couple of weeks time.