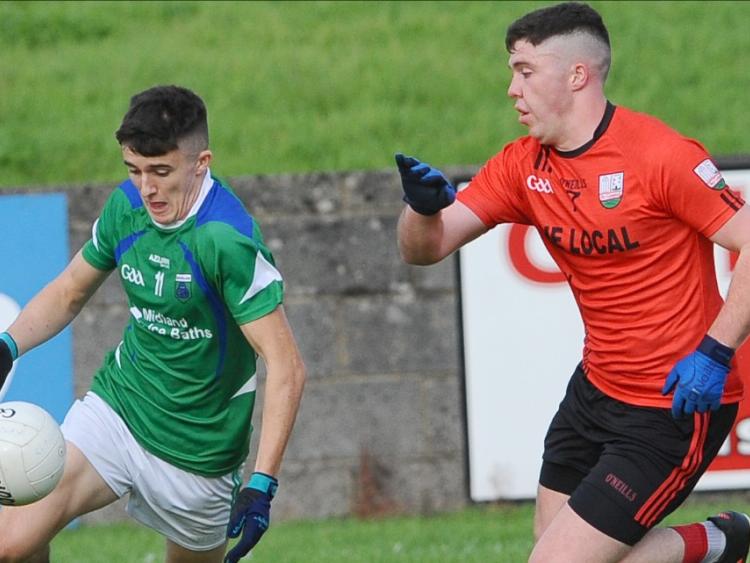 Iarla O'Sullivan on the attack for Rathcline in breaking away from Cashel opponent Steven Weafer. Action from the IFC quarter-final at Allen Park. Photo: Declan Gilmore

Shane Kenny scored a speculative goal from a sideline ball in the 54th minute as reigning champions Rathcline booked their place in the Intermediate Football Championship semi-finals with a seven point win over neighbouring rivals Cashel at Allen Park, Newtownforbes on Sunday evening.

There was just three points between the sides when Kenny took a sideline kick and the ball ended up in the back of the net. It extended Rathcline’s lead to six points and try as they might Cashel could not find a way back into the game.

Daithi Mulvihill pulled off a fine double save in the 60th minute to deny Cashel a second goal. Cashel’s misery was compounded seconds later when Gavin Kelly was sent off for a second yellow card before Kian Gilmore landed a terrific late point for the Lanesboro side who now meet Fr Manning Gaels in the last four.