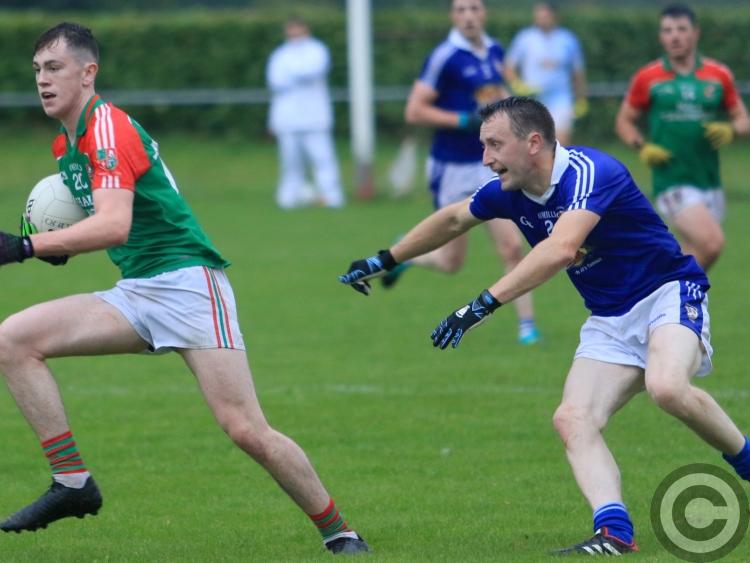 Paul Farley on the ball for Colmcille in breaking away from Granard opponent Brian Sheridan. Action from the SFC Group 2 clash at Lynch Park on Sunday evening. Photo: Syl Healy

The group stages of the Senior Championship concluded on Sunday evening as Colmcille got the better of St. Mary’s in a poor encounter played at Lynch Park, Abbeylara which meant little to either side as both were already qualified for the quarter-finals.

Both teams had changes to their starting 15. Barry McKeon missed out for Colmcille while Darren Gallagher was unavailable for Granard. The towering midfielder was a huge loss to his team and they missed his leadership in this defeat.

Little did they know before this contest that they would be meeting again in two weeks time after they were pitted together in the quarter-finals draw which was held after the game.

After a poor start Granard worked their way into the game and were just a point behind  by the 21st minute but Colmcille replied with three points. Granard hit back with two points to trail at the break by 0-8 to 0-6 but Colmcille got a goal through Martin Mulligan in the 37th minute and that set them up for the comfortable win.