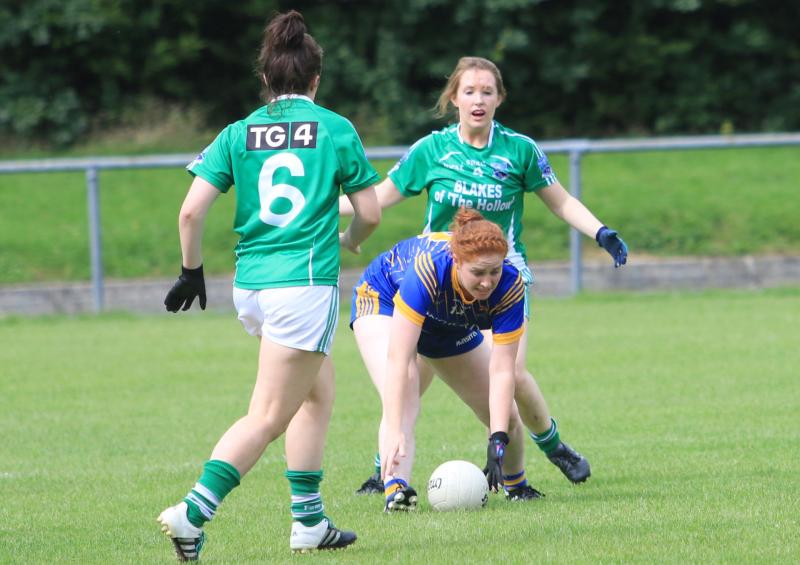 The inspirational Michelle Farrell was the star as the Longford ladies retained their Intermediate Championship status for next year with a six point win over Fermanagh in the relegation play-off at Sheelin Park, Ballymachugh on Saturday.

Longford had found themselves trailing by six points at one stage but it was Michelle Farrell that led the fightback and Fermanagh just could not contain this class act who registered a total of eight points.

The match changed in Longford’s favour at the beginning of the second half when Fermanagh missed a penalty that would have put them seven points ahead after they led by 2-7 to 1-6 at the break.

Fermanagh’s heads dropped after the penalty miss and they hit the post minutes later. When Longford took the lead in the 43rd minute with the third goal from Imelda Reynolds, they never relinquished it and were able to battle it out for the vital victory to avoid relegation.