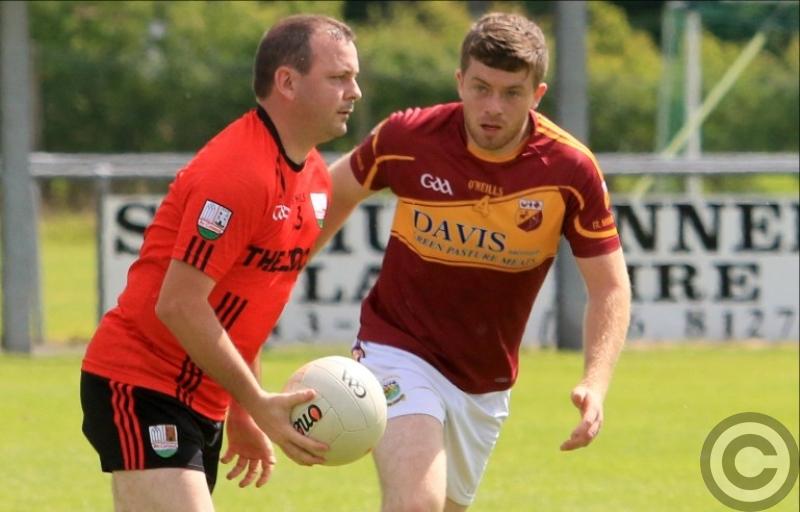 Enda Kenny on the ball for Cashel ahead of Fr Manning Gaels opponent Daniel Gorman. Action from the IFC Group 2 game at Emmet Park, Killoe on Sunday. Photo: Syl Healy

Three first half goals laid the foundations for an important win for Cashel which saw them qualify for the quarter-finals of the Intermediate Football Championship after getting the better of Fr Manning Gaels in the Group 2 game at Emmet Park, Killoe on Sunday.

After picking up one point in their previous two games Cashel knew a win would secure their place in the knockout stages. They started the game well and goals from Enda Kenny, Jamie Bermingham and Gavin Kelly helped them to a eight point lead at the interval, 3-7 to 1-5.

Fr Manning Gaels battled back in the second half but Cashel held out for the win that earns them a crack at neighbouring rivals Rathline in the quarter-final.

The Gaels had already secured their place in the semi-finals with a game to spare in the group stage so the result did not matter to them.