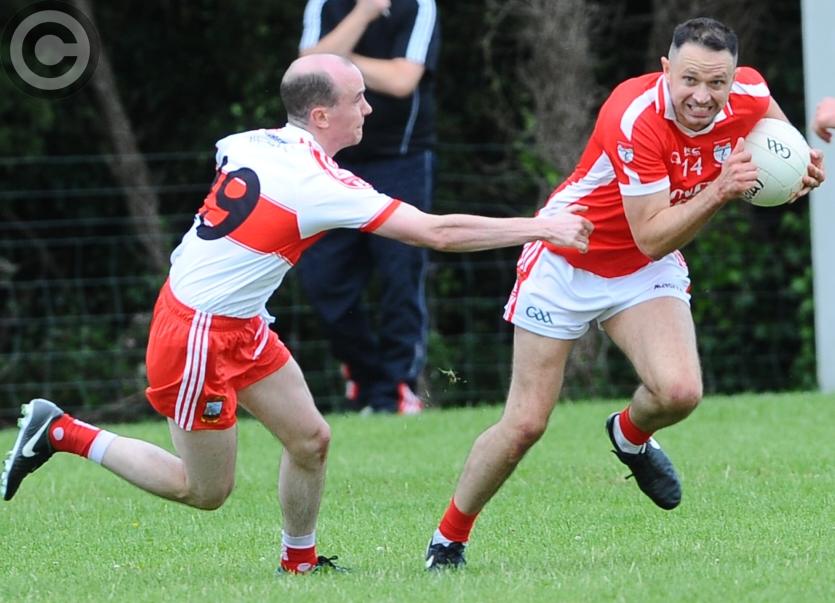 Mark Connor on the ball for Ballymahon in his bid to evade the challenge of Cormac Smyth. Action from the SFC Group 1 game on Sunday evening. Photo: Declan Gilmore

It was all too easy for Abbeylara as they registered their first win in this year’s Senior Football Championship against a poor Ballymahon outfit in a very one-sided Group 1 encounter at the Higginstown grounds, Granard on Sunday evening.

Leading by 0-10 to 0-2 at the break, Abbeylara produced a strong display with Michael McHugh and Conor Berry two of their best players. Ballymahon will be disappointed with how this game went as they generally lacked urgency in crashing to a heavy defeat.

Robbie Smyth was, once again, the chief marksman for Abbeylara with eight points (three frees) to his credit.

Ballymahon’s misery was compounded in the 39th minute when Brian Nevin was sent-off after receiving a second yellow card for dissent.