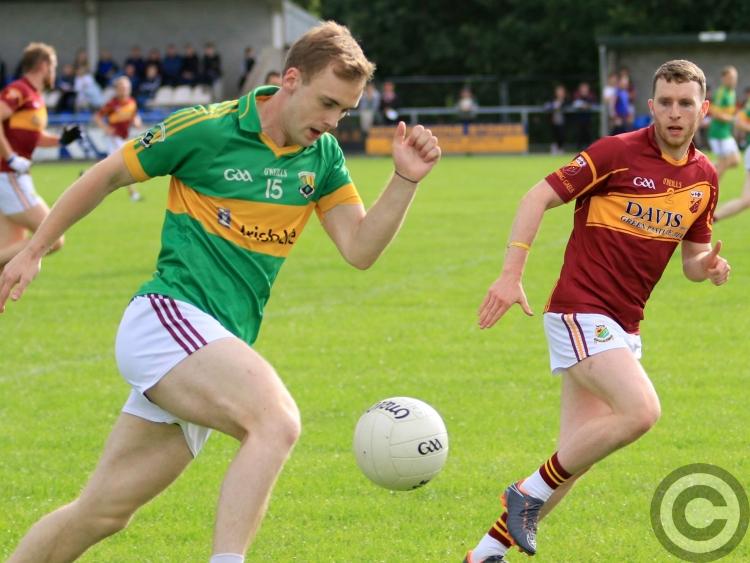 Daryl Carrigy on the attack for Ardagh/Moydow ahead of Fr Manning Gaels defender Derek McCormack. Action from the IFC Group 2 clash at the Dromard grounds on Saturday evening. Photo: Syl Healy

Fr Manning Gaels scored a hard earned win over Ardagh/Moydow in the Intermediate Football Championship Group 2 clash at the Dromard grounds on Saturday evening and the difference was the goal scored by Pauric Gill in the 54th minute.

After trailing by 0-7 to 0-3 at the break, the amalgamation came storming back to hit the front with Daryl Carrigy landing the lead point (0-9 to 0-8) in the 49th minute.

That was really putting it up to the Gaels but they responded with the crucial goal from Gill who flicked the ball to the net from close range range after connecting with the perfect pass from Diarmuid Cooney who had cut through the opposing defence.

Fr Manning Gaels will finish top of Group 2 and are through to the semi-finals regardless of what happens against Cashel in their next game.

Ardagh/Moydow, on the other hand, now need a positive result in their remaining group fixture against Sean Connolly’s to qualify for the quarter-finals.