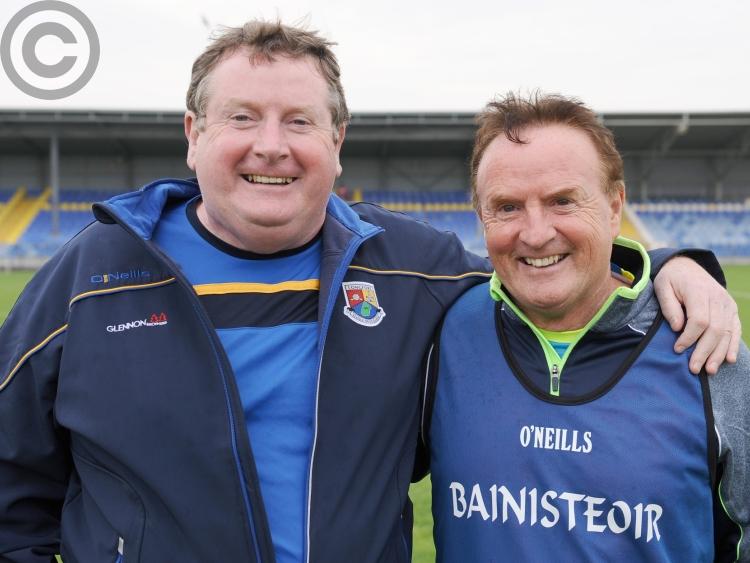 Delighted Longford manager Denis Connerton pictured with his brother Liam following the wonderful win over Meath in the Leinster SFC quarter-final at the end of May. Photo: Declan Gilmore

Denis Connerton has made the decision to step down as manager of the Longford senior football squad, bringing to an end his second stint in charge of the county.

Previously the Longford coach from 2002 to 2004 when he guided his native county to Division 1 of the National League, the highlight of which was a famous win over Kerry at Pearse Park, the Rathcline clubman was back at the helm for the 2016 season.

Another magnificent win over Monaghan in Clones in Round 2 of the All-Ireland Qualifiers materialised that year and Connerton remained in charge of Longford for the 2017 and 2018 seasons as they went so close to gaining promotion to Division 2 of the National League.

Denis finally broke the bogey of failing to win a game in the Leinster Senior Football Championship during his two stint reign when he guided the county to a wonderful victory over Meath in the quarter-final at Glennon Brothers Pearse Park back at the end of May.

“I was very proud of the lads on that memorable day when we beat Meath and the fact that Longford succeeded in reaching the Leinster Senior Football Championship semi-final for the first time in 30 years,” stated Connerton when he spoke to the Leader this evening.

His final game as the Longford manager was the All-Ireland Qualifier Round 2 clash against Kildare at Pearse Park in June when they almost caused another big upset, having led for most of the match but eventually lost by three points in letting victory slip from their grasp in a dramatic finish.

The County Board are now searching for a new senior football manager and selectors as also stepping down are the other mentors Ciaran Fox (Sean Connolly’s) and Enda Macken (Dromard).

The following is a statement from Denis Connerton:

“After taking time to discuss my future with my wife, friends and management team I have decided to resign from my position as Longford senior football manager.

“It has been an honour to manage my home county and as I leave I have nothing but the greatest respect and admiration for all the players who have represented Longford with pride and passion over the last three years. I wish to thank them for their commitment and dedication during that time.

“I also wish to extend my most sincere gratitude to all of my backroom team over the past three years. Their dedication and professionalism and advice has been invaluable to me.

“I wish to thank our main sponsors, Glennon Brothers for the terrific support and encouragement extended to me at all times.

“To our dedicated supporters who have had to travel near but mostly far to support our team I say a huge thank you.

“Finally I want to thank Longford County Board for the help and courtesy afforded to me on so many occasions."