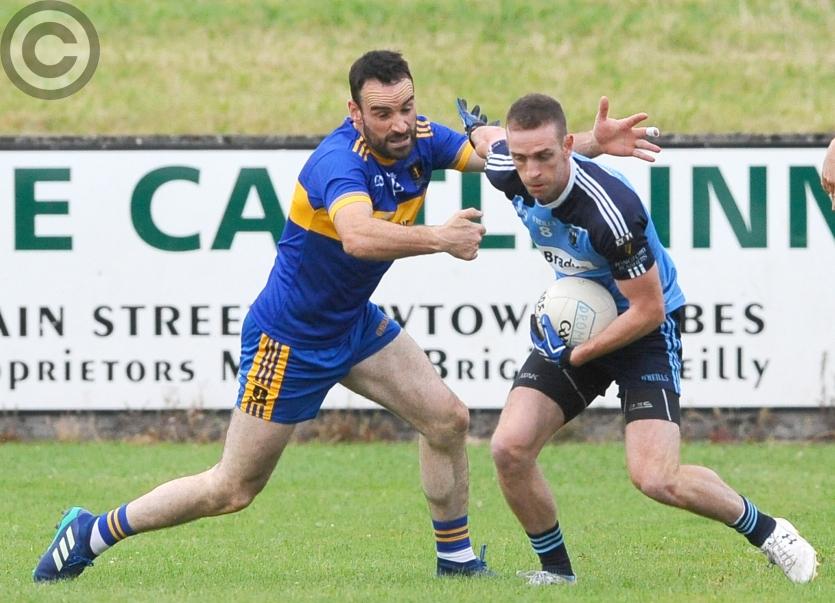 Andrew Dalton on the ball for Longford Slashers in this tussle with Dromard opponent Diarmuid Masterson. Action from the SFC Group 3 clash at Allen Park on Sunday evening. Photo: Declan Gilmore

A goal from Niall Vance in the first minute of stoppage time earned Dromard a draw in a dramatic finish against Longford Slashers in the Senior Football Championship Group 3 clash at Allen Park, Newtownforbes on Sunday evening.

When Robbie Clarke kicked over a fine point in the 54th minute to extend his side’s lead to three points it looked like Slashers would hold on and see the game out.

But determined Dromard did not give up and a ball was lofted into the forward line in stoppage time. Substitute Peter Mimnagh had a shot that came back out and in a scramble Vance got the vital touch to find the net.

Slashers had a chance to claim a late winner but Barry Gilleran’s free was off target as the sides finished all square.