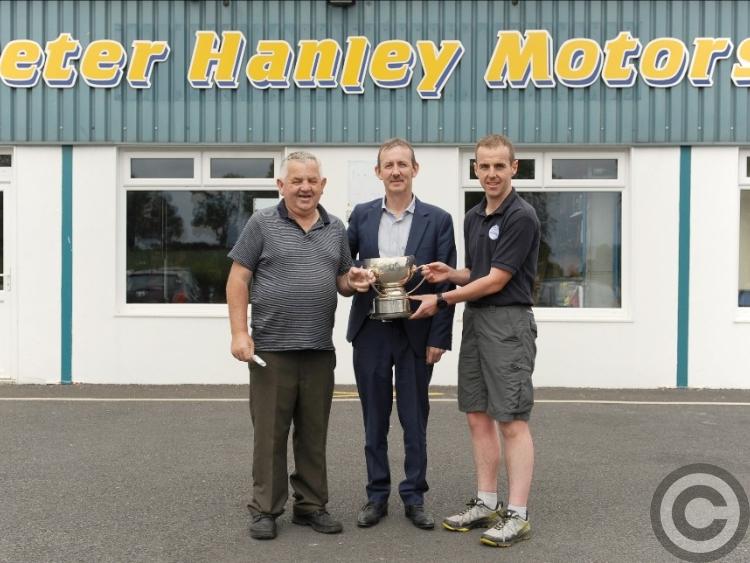 With a lot of positives to take from the performances of Longford in the league and championship this season, GAA supporters around the county will be looking to the senior club championship with renewed optimism in the belief that some other promising young players will emerge.

The battle begins for the Connolly Cup this weekend with five first round games down for decision, starting on Friday evening and the general opinion is that the current champions Mullinalaghta will be very hard stopped in their quest to complete a magnificent three-in-a-row.

Although St Columba’s slipped up in a surprise defeat against Slashers in the league earlier in the season, they still lead the way at the top of the Division 1 table and the draw has been kind to Mickey Graham’s side in the group stage of the 2018 championship.

While there is nothing easy about the local derby clash against Colmcille at Maguire Park, Ballinalee on Friday evening (throw-in 8pm), Mullinalaghta will certainly prove too strong for Granard and Carrickemond in advancing to the quarter-finals with little difficulty.

Further on down the road St Columba’s will be wary of what happened last year in that they were very fortunate to survive in the draws against Killoe and Clonguish in the knockout stages.

A couple of lucky escapes, to say the least, as some chinks in the Mullinalaghta armour were exposed but they showed a lot of character in winning the quarter-final and semi-final replays in emphatic fashion on their way to achieving back-to-back titles.

St Columba’s conquered Abbeylara in the county final for the second year in succession and they will prove very difficult to dethrone.

Donal McElligott, Patrick Fox, Rian Brady and the McGivney brothers James and David were all in action for Longford this season and when you add John Keegan to that list there is a lot of quality in the Mullinalaghta squad.

Stephen Coy is back in charge of Colmcille, who are always capable of making it tough for the stronger clubs, and their generally young side should make it through to the last eight with the valuable assistance  of the vastly experienced Declan Reilly.

That leaves Granard and Carrickedmond battling it out to determine the other qualifier from Group 2 and they meet in a crucial clash at Leo Casey Park, Ballymahon on Saturday (6pm) with the losers probably heading for the relegation play-offs.

Former Westmeath goalkeeper Aidan Lennon, with an All-Ireland minor football medal and a Leinster senior football championship medal to his credit, is the new manager of St Mary’s while Maurice O’Connor is coaching Carrickedmond for a second season after guiding his native club Abbeylara to the county SFC final in 2015 and 2016.

Abbeylara, of course, have lost the last three senior championship title deciders which is clearly demoralising.

Therefore, it will be interesting to see what sort of impact they make in the current campaign, starting with a tough task against Clonguish at Leo Casey Park, Ballymahon on Saturday (7.30pm).

Mullahoran’s Danny Brady has returned for a second stint as the manager of Abbeylara who continue to depend a lot on key players Robbie Smyth and Conor Berry but they are still strongly fancied to qualify from Group 1.

After picking up their first point in the Division 1 league this season with a morale boosting draw against Colmcille last weekend, Ballymahon will believe they have a chance of beating Mostrim in the opening championship  group fixture at Moran Park, Carrickedmond this Friday evening (8pm).

Kenny McKinley, winner of an All-Ireland minor medal with Westmeath in 1995 and who went on to play at senior level with his native county, is the new Ballymahon boss but the ‘reds’ are unlikely to spring a surprise against the Jack Lynn managed Mostrim.

Clonguish were extremely unlucky not to reach the county final last year when they let victory slip from their grasp against Mullinalaghta in the last four and thus they will be quietly confident of achieving another extended run in the championship.

Former Cavan All-Star footballer Dermot McCabe (Gowna) is coaching Clonguish again this year and they will be hoping to build on their U-21 ‘A’ Championship success last season under the driving force of manager Collie Clarke.

Most of the interest in the league stage of the 2018 senior championship will be focused on the minefield that is Group 3.

For the second year in succession Dromard, Killoe and Longford Slashers will clash in the earlier rounds and one of those teams are going to miss out on a place in the quarter-finals.

Dromard knocked Slashers out of the Connolly Cup last season and while the sky-blues are building for the future a couple of encouraging results in the current league campaign suggests that they have a decent chance of avoiding another early exit.

With a new manager in Enon Gavin, the former Roscommon All-Star footballer, Slashers make the short trip to Allen Park, Newtownforbes for their eagerly awaited showdown against Dromard on Sunday evening (throw-in 7.30pm).

Still in charge of Dromard is Sean Hagan and while he is working with a very experienced core of players, most notably powerful county braveheart Diarmuid Masterson, a few promising young lads have graduated into the senior side.

A close encounter is in prospect, with the eventual losers under a lot of pressure and particularly so with the 2015 county champions Killoe also pitted in this extremely difficult three team group.

Former Roscommon supremo Fergal O’Donnell returns for a second season as manager of Emmet Og who are generally regarded as the biggest threat to Mullinalaghta’s three-in-a-row mission.

With Longford players Michael Quinn, Daniel Mimnagh and the McCormack brothers Padraig and Sean leading the charge, the talented Killoe team are capable of making a strong bid for another county title triumph.

The burning question is who will end up collecting the coveted Connolly Cup on the first Sunday in October?

It is hard to look beyond St Columba’s who are the best balanced team in the county (barring injuries) and with such a shrewd manager in Mickey Graham it looks like a third consecutive senior success for the Mullinalaghta men will probably materialise.