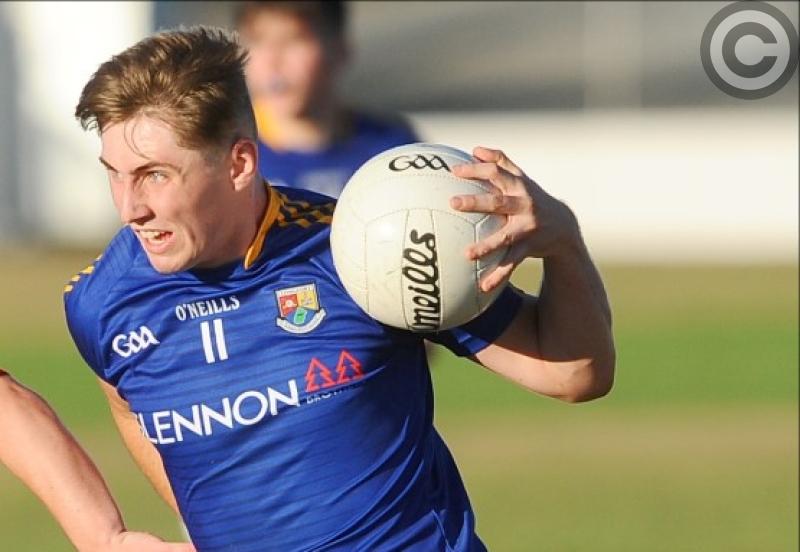 While Kildare knocked Longford out of the Leinster Minor Football Championship in winning by the comfortable margin of nine points in the finish, Ger Carberry’s committed side deserve a lot of credit for producing a terrific comeback in the early stages of the second half.

Trailing by seven points with 25 minutes gone in the first half of the final Group 2 fixture at Glennon Brothers Pearse Park on a glorious sunny Tuesday evening, Longford were given a glimmer of hope with a score apiece from centre-half-back James Moran and corner-forward Cian Dooner as the powerful Kildare team led by 0-10 to 0-5 at the break.

Longford came out a revitalised side on the changeover and played some great football to register five points in a row through Cian Dooner (two frees), Reece Leonard (free), Eoghan McCormack (a terrific effort) and Darragh O’Connell, the latter on target in the 37th minute.

The Longford supporters in the small attendance were absolutely delighted as they sensed a shock win against unbeaten Kildare (managed by former Newtowncashel and Longford footballer Padraig Carberry) but the home county then missed a few costly chances of taking the lead which would have put the rattled lilywhites under even more pressure.

Substitute Sam Morrissey squandered a great chance of a goal for Kildare in the 43rd minute but the same player landed a well struck point moments later to settle his side.

Then came the killer goal for Kildare midway through the second half as their chief marksman Alex Beirne blasted an unstoppable shot into the corner of the net and all of a sudden it was Longford who were reeling on the ropes.

Kildare pushed on to fire over another couple of scores through Muiris Curtin and Aaron Kennedy before Keelin McGann pulled a point back for Longford who were now 1-13 to 0-11 adrift with 49 minutes gone on the clock.

There was no way back this time for the home side as confident Kildare pulled right away to register another five points, three from Morrissey with Kennedy and Beirne also shooting over the bar to complete the scoring.

Eoghan McCormack got a late point for Longford who have the consolation of a place in the Leinster Minor Shield semi-final against Louth at the Ardee grounds on Saturday next, throw-in 2pm.

Dublin and Wexford meet in the other Leinster Minor Shield semi-final at Wexford Park on Saturday, 2pm.

The other Longford scores in the first quarter of the game against Kildare came from Cian Dooner (two frees) and Keelin McGann.