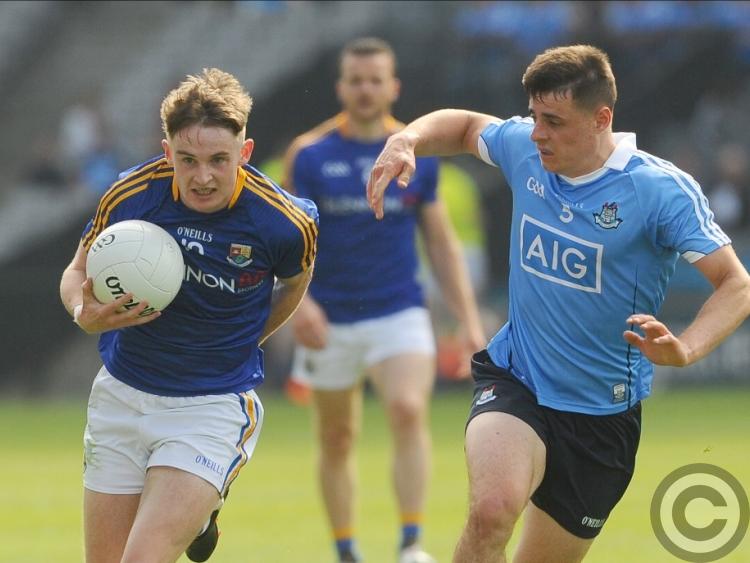 Having gained a great reputation for achieving some remarkable results through the back door in the All-Ireland senior football championship, the qualifiers specialists Longford will be quietly confident of causing another upset when they take on Kildare this Saturday evening, throw-in 7pm.

Home advantage is regarded as a most significant factor in the exciting qualifiers and the atmosphere should be electric at a packed Glennon Brothers Pearse Park (current capacity 7,000) as Denis Connerton’s charges bid to bounce back from the emphatic defeat against Dublin in the Leinster semi-final at Croke Park.

While the wide margin of 19 points separated the sides in the finish, Longford suffered a severe setback when James McGivney received a straight red card for a reckless challenge on Dublin goalkeeper Stephen Cluxton with 22 minutes gone in the first half and the Mullinalaghta man is subsequently suspended for the showdown against Kildare.

The driving force of McGivney will be sorely missed from the attack after he played a major role in the marvellous win over Meath in the recent Leinster quarter-final, firing over four excellent points.

Unable to play any part against Dublin, it looks like Ronan McEntire (back problem) is also set to be ruled out of the all-ticket championship clash against Kildare but there is some better news as Barry McKeon is close to a return and could feature in the big match on Saturday.

The counties are clashing in the All-Ireland qualifiers for the second time in the space of four years and Longford, having lost home advantage for the Round 3 game in 2015 due to health and safety regulations, crashed to a crushing 2-24 to 0-11 defeat against Kildare at the neutral venue of Cusack Park in Mullingar when Jack Sheedy was the manager.

The Leinster teams have become fairly familiar opponents in recent seasons and since Denis Connerton started his second stint in charge the most notable meeting was the Division 3 fixture in the 2016 National League.

Kildare came to Pearse Park and registered a comfortable 2-11 to 0-10 victory in Cian O’Neill’s first year as the manager of his native county and Longford lost again (1-15 to 0-12) to the lilywhites in the O’Byrne Cup group game at Newbridge in January 2017.

But it was Longford’s turn to taste some success when they scored a fine win (1-14 to 0-13) over quite a strong Kildare side in the earlier rounds of the O’Byrne Cup back in January and that provided the platform for a consistently good season which almost  yielded promotion to Division 2 of the National League.

The highlight of the positive campaign so far was the impressive manner in which they beat Meath (0-16 to 0-14) at the end of May as the county qualified for the Leinster SFC semi-final for the first time in 30 years, much to the sheer delight of the always enthusiastic Longford supporters.

A similar performance will be needed if Longford are to have a chance of knocking Kildare out of the 2018 All-Ireland championship but this is going to be a tough task against a traditionally stronger county who were operating at a much higher level in Division 1 of the National League this season.

Kildare ended up getting relegated after losing all seven fixtures in the top flight and the players were the subject of some severe criticism when they suffered a shock defeat (2-14 to 1-10) against Carlow in the quarter-final of the Leinster Championship.

That was their 12th consecutive defeat in competitive fixtures since the most emphatic 2-16 to 0-13 win over Meath in last year’s Leinster semi-final with Kildare subsequently losing by nine points against Dublin in the provincial title decider which was viewed as a very decent display.

But bitter disappointment was to follow as they lost to Armagh (1-17 to 0-17) in Round 4 of the All-Ireland qualifiers and it was all downhill since then before the rapid slide was eventually halted with a most encouraging win away to Derry through the back door a couple of weeks ago.

Let us not forget that Kildare have a lot of quality players in their squad and they showed their real potential with a most impressive attacking display in the 2-22 to 2-14 win over Derry at the Owenbeg grounds.

2-18 of that tremendous total came from play with influential second half substitute Neil Flynn firing over six points (two frees). Daniel Flynn and Fergal Conway also figured very prominently in a slick and sharp attack that will take some stopping and the Longford defence will also have to keep a very close watch on other dangermen in Niall Kelly, Paul Cribbin and Keith Cribbin.

When you add Paddy Brophy (out injured against Derry) and Fionn Dowling to that list there is serious power in the Kildare forward division and they also have a strong midfield pairing in Kevin Feely and Tommy Moolick along with a commanding centre-half-back in captain Eoin Doyle.

Kildare showed a lot  of physical strength to defeat Derry in Round 1 of the qualifiers but they are notoriously inconsistent and if Longford can manage to put any doubt in the minds of the often vulnerable opposition the prospect of a home win might well materialise.

Although the absence of James McGivney is a big blow, the attack are still well capable of posing considerable problems for the Kildare defence who conceded 2-14 against Derry.

So a high scoring encounter is the likely outcome and Longford will relish the role of the underdogs tag in their quest to spring a surprise on Saturday evening.