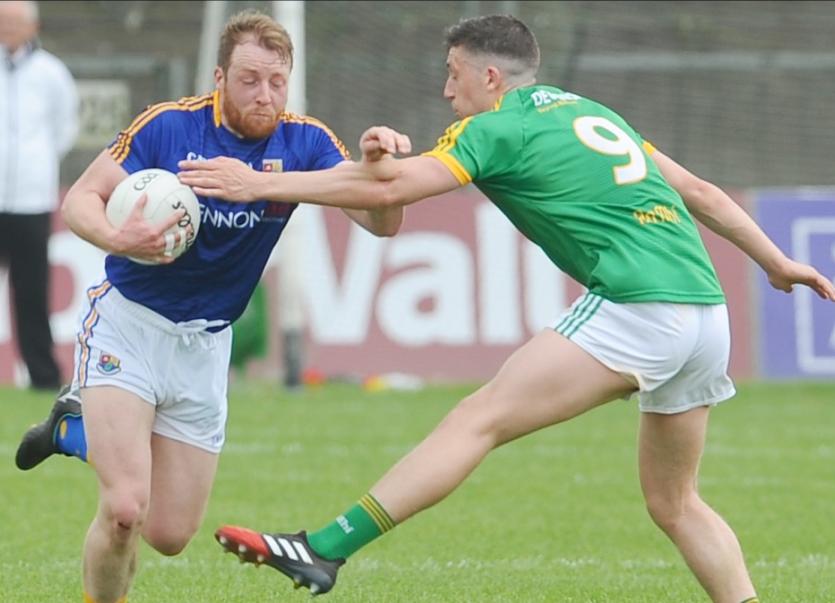 While Longford will cherish the wonderful win over Meath in reaching the Leinster Senior Football Championship semi-final for the first time in 30 years they are now facing a massive task against the might of Dublin at Croke Park this Sunday, throw-in 4pm.

It will be the biggest shock in the history of the GAA if the all conquering three-in-a-row All-Ireland champions should somehow fail to reach yet another provincial title decider and the general opinion is that Jim Gavin’s super squad look unstoppable in their quest for further success.

Victory over Longford will break the record for the number of consecutive wins in the Leinster SFC, a fantastic feat established by the legendary Dublin team between 1974 and 1980.

And should the current crop of marvellous men from the capital succeed in retaining the Delaney Cup for the eighth year in succession they will match the highest number of provincial crowns won in a row which was achieved by Kerry between 1975 and 1982 and who are widely regarded as the greatest football team of all time.

Few can argue with the fact that the present Dublin side are right up there with the very best All-Ireland champions and their sights are firmly fixed on completing a Sam Maguire Cup four-in-a-row, never mind the small matter of another Leinster title win.

Therefore it is a privilege for Longford to get the opportunity to perform on the same stage against such illustrious opponents and they will be hoping to do themselves justice in the heat of the championship battle.

The fierce resilience and spirit that Denis Connerton’s side showed in scoring a surprise win over Meath in the quarter-final at Glennon Brothers Pearse Park brought great joy to the success starved Longford supporters and our small county are now just one step away from a first appearance in the Leinster SFC final in 50 years as we dare to dream.

Back in 1968 Longford captured the senior provincial crown for a historic first time, beating Dublin and Meath on the path to the eventual triumph over Laois in the title decider, and no matter what happens now the present panel have done the county proud in giving us something to shout about.

Since Denis Connerton took over for his second stint as manager he has blended together a good mix of experience and youth and one of the most talented young players to emerge is Conor Berry who was the driving force on the Longford minor team who made it through to the Leinster final in 2015, only to lose out to Kildare.

Robbie Smyth, James McGivney, Padraig McCormack, Darren Gallagher, Barry McKeon (currently on the injured list and who missed the match against Meath), Paddy Collum and Shane Donohoe were all members of the county minor side that beat Offaly (0-14 to 0-8) in the 2010 Leinster Championship final and that super success has provided the platform for the current resurgence at senior level.

While Longford have bad memories of the last time they played Dublin in a Leinster Senior  Championship clash at Croke Park, crashing to a crushing 27 points at the quarter-final stage in 2015 when Jack Sheedy was in charge, the squad has changed considerably since then and have become very competitive under the guidance of the canny Connerton.

After getting the better of a relatively strong Dublin team in the O’Byrne Cup semi-final at Pearse Park in January 2016, Longford went on to enjoy a great run in the All-Ireland qualifiers that year starting with the exciting extra-time win over Down in Newry and who then sprang a major shock when defeating Monaghan in Clones.

That result rates as one of the best ever performances by the county senior team in the championship and while they eventually lost to Cork in the Round 3 qualifier at Pearse Park they made it extremely difficult for one of the traditionally strong counties who gradually got on top in the second half.

Unfortunately it was back to the bad old days when Longford suffered a demoralising setback in the heavy defeat away to Laois in the opening round of the Leinster Championship last year but they showed a lot of character to recover really well with a fine win over Louth in Drogheda through the back door.

It was then on to the Ballybofey fortress to tackle Donegal in Round 2 of the qualifiers and while Longford lost they emerged with considerable credit after running the Ulster opposition close in what was a tight contest for most of the match.

The steady progress has continued this season and it must be said that the county were most unfortunate to miss out on promotion to Division 2 of the National League but it all came good in the game that really mattered.

Beating Meath in the Leinster SFC for the first time in 36 years was a most significant result in giving the confidence factor a great boost and while Dublin are generally considered to be in a different league, Longford are now very much in the spotlight with the semi-final clash  being televised live on RTE.

Starting the ball rolling on the big day at Croke Park on Sunday next is the other semi-final involving neighbouring rivals Carlow and Louth (2pm) but the destination of this year’s Leinster title is considered to be a foregone conclusion such is the Dublin dominance.

With their lightning pace and physical power in the wide open spaces of Croke Park, the Dublin juggernaut will be going in for the kill in the early stages of the game against Longford as was the case when the Dubs demolish Wicklow at O’Moore Park.

With just 15 minutes gone on the clock in the quarter-final in Portlaoise, Dublin had established a very commanding 2-7 to 0-0 lead and were completely out of sight at half-time as Wicklow ended up trailing by the landslide margin of 18 points at the break.

Brian Fenton and Dean Rock scored the early goals and two more through Con O’Callaghan and Ciaran Kilkenny late in the first half paved the way for a very easy 4-25 to 1-11 victory over a shattered Wicklow outfit who had scored a surprise success over Offaly after extra-time in the first round.

Despite the fact that they were facing the Wicklow minnows who finished last in Division 4 of the National League this season, cautious Dublin manager Jim Gavin took no chances in fielding 11 of the team that started in last year’s All-Ireland final against Mayo.

Missing were Cian O’Sullivan and Jack McCaffrey (who are out injured) along with the unavailable John Small (family reasons) while Eoghan O’Gara did not feature among the 21 players that featured against Wicklow.

Diarmuid Connolly may not be part of the squad at the moment but the Dublin team is packed full of other class players who really thrive on the Croke Park pitch and it is going to be really difficult for Longford to remain in contention.

Having said that, Connerton’s complete outsiders (priced at a massive 25/1 to cause a sensational shock) will give it their best shot in the hope of making their presence felt but at least there is the consolation of a place in Round 2 of the All-Ireland qualifiers a couple of weeks later should they fall at the penultimate hurdle in Leinster.

You would like to think that the sharp Longford attack are capable of posing problems for the Dublin defence but the powerful pairing of Brian Menton and Michael Darragh MacAuley will be extremely hard stopped in the midfield battle.

How can you contain Con O’Callaghan, Ciaran Kilkenny, Dean Rock, Paul Mannion and Paddy Andrews in a seriously strong forward division and the Longford backs are going to be under a lot of pressure in their bid to frustrate the Dublin attack with the usual defensive gameplan.

While the All-Ireland champions may not be entirely invincible as they did lose to Monaghan by a point at Croke Park in the final round of the Division 1 league this season, they had already qualified for the final and subsequently won another National title with a 0-18 to 0-14 win over Galway.

It’s a real ‘David v Goliath’ showdown at Croke Park on Sunday but Longford will be doing their best to put it up to Dublin and their stock has certainly risen after beating Meath.

Footnote: In another injury concern it looks as though Ronan McEntire could be ruled out with a back problem and the Dromard player is considered extremely doubtful.