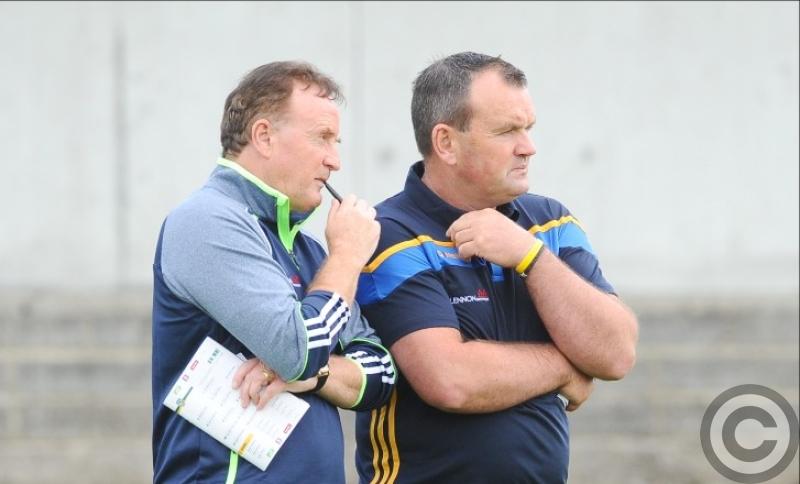 Longford manager Denis Connerton is under no illusions about just how tough Sunday’s Leinster Senior Football Championship semi-final against Dublin will be. All he wants from his players is to go out and embrace the occasion and have no regrets.

“It’s a massive game for us. It’s not a big deal for Dublin. Dublin are used to this; they have Leinster well tamed at this stage.

“All we can do is get the best out of ourselves and to perform to the best of our ability. That’s all I will be asking of the players. Don’t have any worries about playing in Croke Park or go away with any regrets,” commented Connerton.

Reigning Leinster and All-Ireland champions Dublin have some of the best players in the country in their star-studded side and Connerton is interested in seeing how his players can measure up to them.

“It’s a great opportunity for our lads to measure themselves against the best players of this era in their own backyard.

“We have some very good young players and this will give them the opportunity to see how good they really are when they come up against the consistently best players in this country.”

“It’s not a venue that we are familiar with; we don’t get to play there too often. The last time was 2015.

“It’s a great opportunity for lads to get there and play in the mecca of gaelic football. It is a fantastic stadium.

“We are also playing a team that is going for their 8th successive Leinster title, one of the greatest teams of this era and other eras as well.”

With Carlow defeating Kildare along with Longford’s win over Meath this year’s Leinster championship has been very competitive. Dublin aside there are many sides on a level playing field. Connerton joked about not having the Dubs in the province.

“It would be a terrific competition if we could send Dublin straight through to the Super 8s.”

Speaking about that fine win over Meath, Connerton said the hurt the players felt after the loss to Fermanagh in the National League drove them on.

”We left the park completely deflated after that agonising defeat. We were seconds away from gaining promotion to Division 2. That was hard to take.

“We came back and nine weeks later we got the opportunity to do something the county has not done in 30 years; get to a Leinster SFC semi-final.

“There was a steely determination. That was important and not to let a big result slip from our grasp again.”

With Liam Connerton and Sean McCormack, recovered from their respective injuries,  now back in contention for places on the team to face Dublin the Longford manager once again stressed the importance of a strong squad.

“It’s all about a squad and lads pushing each other for places on the team. This is what makes players better. Robbie Smyth will tell you that the lads that are marking him in training improve him.

“You are playing with the best players in the county and the lads with the best attitude. Inter-county football is a tough lifestyle but the few golden moments you get out of it are the moments you have to cherish.”