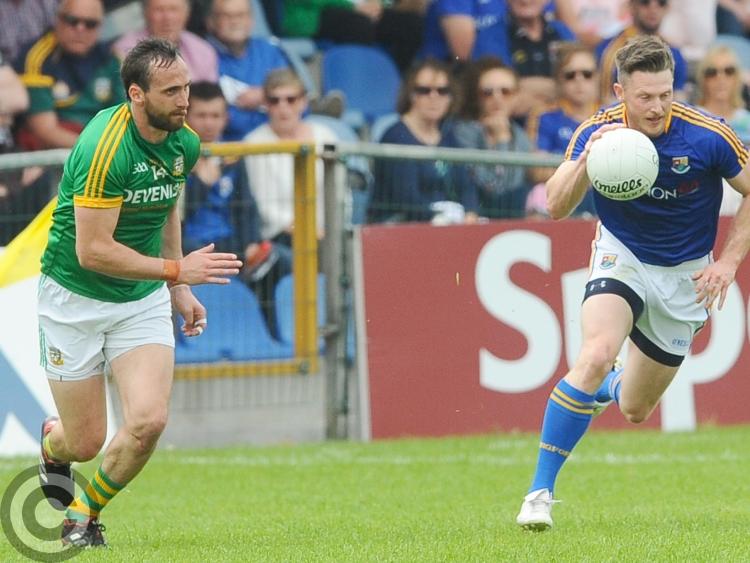 Longford defender Michael Quinn has played in a number of big games for club, county and country that he knows you have to be a realist more so than an optimist.

As Longford prepare to take on Dublin in the Leinster Senior Football Championship semi-final at Croke Park on Sunday, Quinn said for him and the players it's not so much about the result but the performance. "You want to play against the best. I suppose when playing against top class opposition it will see whether you need to improve or show you things you need to work on.

“You have to be realistic about expectations against the best team in the country.”

Michael referred back to the last time Longford played against Dublin in Croke Park in 2015 and the heavy defeat inflicted on them.  He believes this year Longford are better prepared for the visit to GAA headquarters and will be looking for some sort of redemption.

"The last time we played there we were a bit naive. We weren't as prepared as this year in a sense.

“One of things about playing for the likes of Longford is that you want to play against the best, to be the best you can possibly be.

“If you are down and playing at a certain level all the time it's very hard to excel. It's an opportunity for you to build and progress against the stronger sides."

The Killoe clubman eluded to the fact that Longford have not built on good results in recent years and he feels that if they are to progress they need to stick with the game plan that has got them that far.

"What has happened us over the years is that when we do get to a certain stage in Leinster or the qualifiers we go away from what has worked for us to get to that stage. You have to replicate your game plan and that's going to be important for us."

It has been a long few months for Quinn and Longford since they first met up back in November but he said that not playing an early first round game in Leinster stood to them this season.

"There's a group of lads that started from scratch back in November. There is a good base there and that has been built up. The extra few weeks between the league and championship has stood to us."

Having said that, he is frustrated with the thought that their championship campaign might be over before July despite all the hard work that the Longford players have put in.

Cork and Roscommon have only played one game in the championship this year and both are in provincial finals and Quinn believes something needs to change.

"The problem with the championship is that the teams are not starting from the same level every year. The championship structure is based on provinces that are not evenly split up and that’s not good."

2018 has been eventful for Michael Quinn who got married in March. He missed Longford's last two league games but feels the break was what he needed.

"It freshened me up massively and I am really enjoying my football so far this year. I hope that continues."