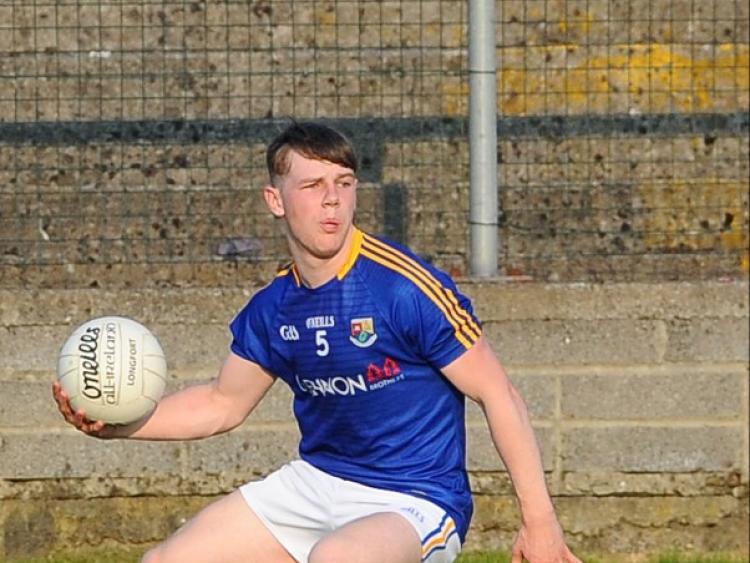 Shane Farrell pictured in action for the Longford U-20 football team.

Longford fell to a second defeat in the Leinster U-20 Football Championship when they came up against a good Wexford side in the Group 1 Round 2 game at Innovate Wexford Park on the Bank Holiday Monday.

To compound the Longford woe they had Joe Kelly, who scored both goals for Liam Keenan’s side, sent off right at the end for a straight red card and their remaining group fixture is against Westmeath at Glennon Brothers Pearse Park on Saturday June 16.

Due to their far inferior scores difference, Longford (-23) will have to whack Westmeath (-3) by a margin of 11 points to keep alive their very slim hopes of making it through to the knockout stages and even at that they are depending on unbeaten Dublin (+22) hammering Wexford (+4).

So it looks like Longford are out of the new Leinster U-20 Championship, unless a couple of highly unlikely results materialise in the final group games, and Wexford were the better side even though they only held a slender 2-4 to 1-5 lead at the break.