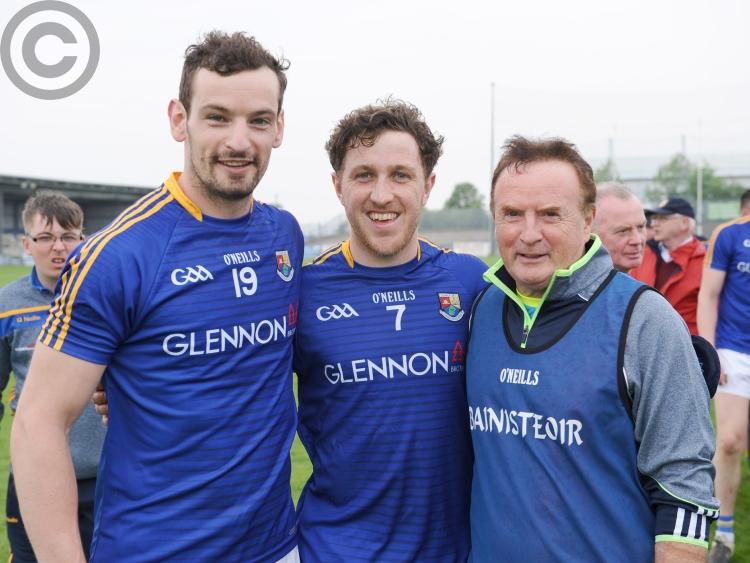 Longford manager Denis Connerton revealed after his side’s win over Meath on Sunday last in the Leinster senior football championship quarter-final that he told his players to seize the opportunity to make their own piece of history.

Connerton said: “History can become a burden or it can become an opportunity. As I said to the lads this isn’t a burden, it’s a very big opportunity for you guys to make your own piece of history.

“The message was simple; you can be like every Longford player has been for the last 30 years or you can go off and be different and so it proved in the win over Meath.”

As he had alluded to several times before, Connerton credited the influence of Longford’s Leinster minor winning team of 2010 to the current success for the senior side.

“I am delighted myself for that bunch of players. We are blessed to have the backbone of the 2010 minor team to work with.

“I have said that so many times. We have got so much out of them. Ciaran (Fox) is with me and he was the minor manager back then. I’m delighted for the lot of us. It’s so hard to do.”

After a tight first half Longford upped the performance in the second half. They had a lead of five points but Meath gradually closed  the gap. Connerton wondered if it was another game his side would let slip away.

“It was deja vu, we were leading by five points and then it was down to one point and you wonder are we ever going to clinch these deals but thankfully we did it on this occasion.

“It’s great to have a bench to go to. Sean McCormack and Liam Connerton came on, two guys coming back from injury. It was great to see them back in action and they were a big help to us.”

Speaking of McCormack, Connerton was pleased with his contribution and the point he scored near the end. “That was some point that Sean got and James McGivney nearly took the two posts out of it. The last shot was such a hard shot and he was just unlucky not to score a goal. I thought James was exceptional against Meath.”

The Longford boss was full of praise for his players who put in a fine performance.

“So many guys were very good for us. That’s what you need to do, win Leinster championship matches.

“We have disappointed ourselves in previous years and we have been our own worst enemies when we have not managed to win games.”

League and championship football is different but Connerton believes his side learned so much from their Division 3 campaign this season and some of those experiences helped them out on Sunday.

“That team has been very capable and have played very well this year. They played very well again to beat Meath. Those experiences we had in Armagh and here against Fermanagh, we really learned from those narrow defeats.”