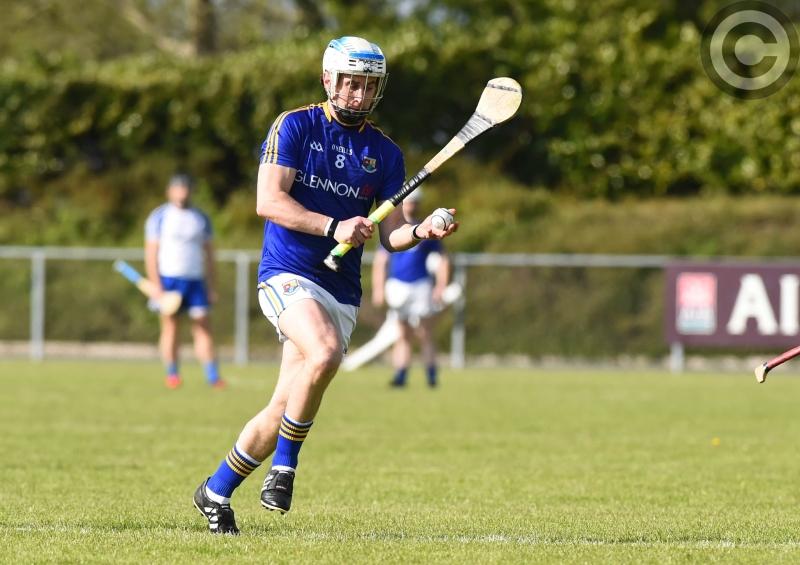 Patrick Walsh pictured in action for the Longford hurlers against Monaghan in the Nicky Rackard Cup on Saturday last. Photo: Christopher Lappin

Following the heavy defeat away to Monaghan last weekend the Longford senior hurlers are now facing a must win match against Louth in Round 2 of the Nicky Rackard Cup at Glennon Brothers Pearse Park this Saturday, throw-in 3pm.

There was just five points between the sides in the 42nd minute but a point from Fergal Rafter and a goal from Mark Treanor extended the lead to nine points and Longford could not find a way back into the game.

Monaghan were sharper with their play and took their scores. Longford were wasteful and didn’t take their chances when they came their way; especially goal opportunities. Several players were doubts for this game and it was obvious they were not fully fit.

Despite the defeat a number of players performed well. Goalkeeper Eanna Daly produced some excellent saves; Johnny Casey was terrific at corner-back while Bart Hanley was solid at centre-half-back. Joe O’Brien kept Longford in the game with a couple of goals in ending up with 2-3 to his credit.

A lot of the chances that Monaghan converted came from the losers giving away possession in the forward line.

Longford had the first chance to open the scoring but hit it wide. Monaghan got the first score of the game in the 3rd minute when Fergal Rafter pointed. Minutes later they got their first goal when the superb Eamon Collins found the back of the net with a great shot. Cormac Nally followed with a point to give Monaghan a five point lead by the 11th minute.

Joe O’Brien got Longford’s first score in the 13th minute before Mark Treanor replied for Monaghan. Cathal Mullane converted a long range free to get Longford’s second point and Monaghan then scored again.

There was six between the sides by the 22nd minute but a nice point from Cian Kavanagh and a Cathal Mullane free closed the gap. Monaghan then hit a purple patch with Eamon Collins their main man as they hit over six unanswered points to lead by 10 in first half stoppage time.

Right before the break Longford were given a glimmer of hope when they got a goal;  Cathal Mullane finding Joe O’Brien with a fine pass and the Clonguish clubman made no mistake to leave Longford trailing by 1-13 to 1-6.

At the start of the second half Eamon Collins brought a great save out of Eanna Daly and while Longford scored in the 37th minute with a point from Patrick Walsh they squandered another goal opportunity minutes later.

Joe O’Brien scored a second goal for Longford in the 42nd minute with a fantastic finish but the game was all over as a contest in the 48th minute when Mark Treanor powered through to get a second goal for Monaghan.

Longford wasted two more goal chances while Monaghan proceeded to extend their advantage. They got their third goal in the 61st minute through substitute  Brian McGuigan and soon after Tadhg Campbell got their fourth goal.

Joe O’Brien and Cathal Mullane (free) fired over late consolation points for Longford who will be hoping for better luck in their next championship game against Louth this Saturday.