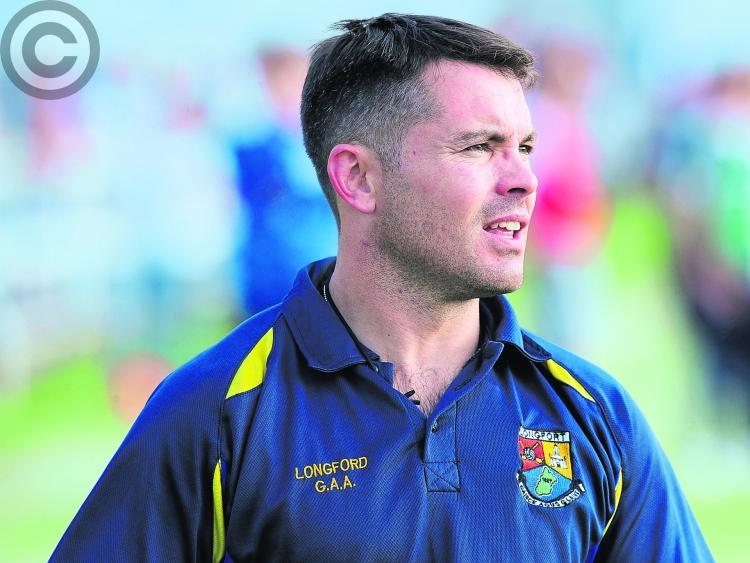 Longford’s U-17 manager Ger Carberry is hoping his side can make a winning start to the Leinster Minor Football Championship campaign when they take on Laois at O’Moore Park on the May Bank Holiday Monday, throw-in 2pm.

This year’s championship is operating on a  group stage system with Longford in Group 2 along with Laois, Carlow, Wexford and Kildare and Carberry is happy with the new structure.

“It gives the lads extra games,” he said. “The Leinster League and Connacht League are gone so I’m glad the championship structure is changed to guarantee four games. The top two teams in each group qualify for the Leinster semi-finals so that will be the target.”

Longford missed the competitive games that the Leinster and Connacht Leagues provide but Carberry said his players have got plenty of football this year with their clubs.

“It might have been a blessing in disguise that these competitions were scrapped because the big amount of club games these lads have played in the last number of weeks; minor, some of them are still U-16 and then the U-20 competitions. People are trying to adapt to the new age structure.”

If Longford are to be competitive in the championship this year they will be looking to  the likes of captain Eoghan McCormack (Carrickedmond) and Cian Dooner (Killoe) to make a big impact. While those players will be watched closely by Laois, Carberry knows it’s up to other lads to stand out and cause problems.

“Laois are going to be focusing on Eoghan McCormack and Cian Dooner, looking for ways to stop these guys. When that happens the focus is taken off other lads like Jordan Martin (Granard) and Keelan McGann (Kenagh) and it frees them up to a certain extent to make their presence felt.”

Ger Carberry acknowledged that cutting the panel from 30 to 24 is going to be just as tough as picking the starting 15 for the Laois game. “There are lads there that are going to be disappointed that out of the 30 we have to cut the panel to 24 that can tog out on the day. Out of that 24 you will have lads who are all pushing for a place on the team.”

Although they have prepared for this game for months, Carberry knows when it comes to championship football it’s all about ‘on the day’.

“No matter how well you have prepared you don’t know how the occasion is going to get to them. O’Moore Park is a big pitch and while we are fit and we think we have an excellent team it is all about how they handle the occasion.”

He is hopeful that Longford can surprise a few people in this year’s championship, starting on Monday next.

“I’m confident that the team who start against Laois will be competitive and will have no fear. I hope they do themselves justice. We have worked so hard and the lads have done everything that has been asked of them,” concluded Killoe Emmet Og clubman Ger Carberry.