11 clubs will battle it out for the Connolly Cup 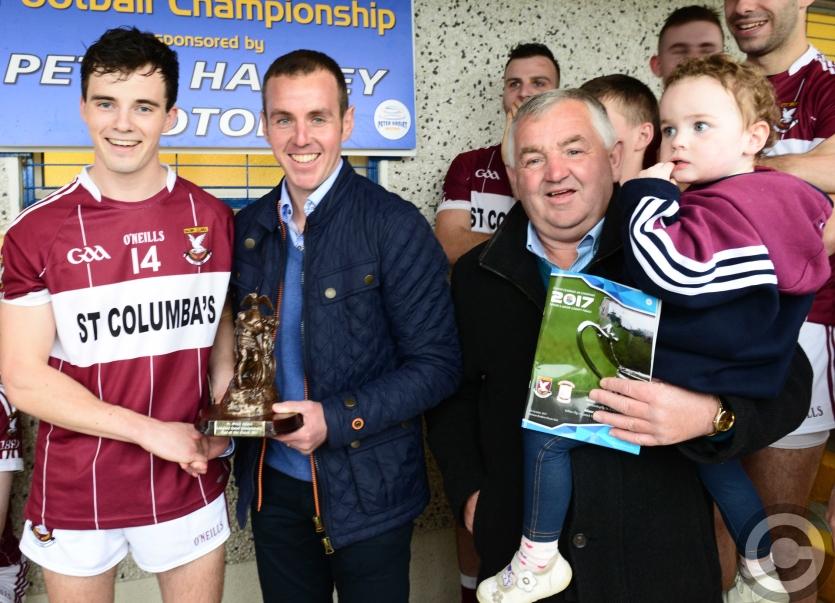 David Hanley, on behalf of the Longford SFC sponsors Peter Hanley Motors, presenting the man of the match award in the 2017 final to Rian Brady (Mullinalaghta) with Peter Hanley also in the photo.

The draws for the 2018 Longford Senior, Intermediate and Junior Football Championships will be made at the County Board meeting in Aras Ui Bhriain, Glennon Brothers Pearse Park on Wednesday night next, May 9, starting at 9pm with the date to be confirmed.

11 clubs will battle it out for the Connolly Cup with Mullinalaghta St Columba’s generally regarded as the favourites in their quest to complete a magnificent three-in-a-row and the format for the 2018 Senior championship draw is as follows:

Relegation 2018: Bottom team in each of the three groups play each other with bottom team relegated.

Nine teams will compete for the Gerry Hennessy Cup and the format for the 2018 Intermediate championship draw is as follows:

Semi-Finals: Top two teams in each group to qualify.

Relegation 2018: Bottom team in each group play each other with loser relegated to Junior in 2019.

Legan Sarsfields plus second strings of senior and intermediate clubs.