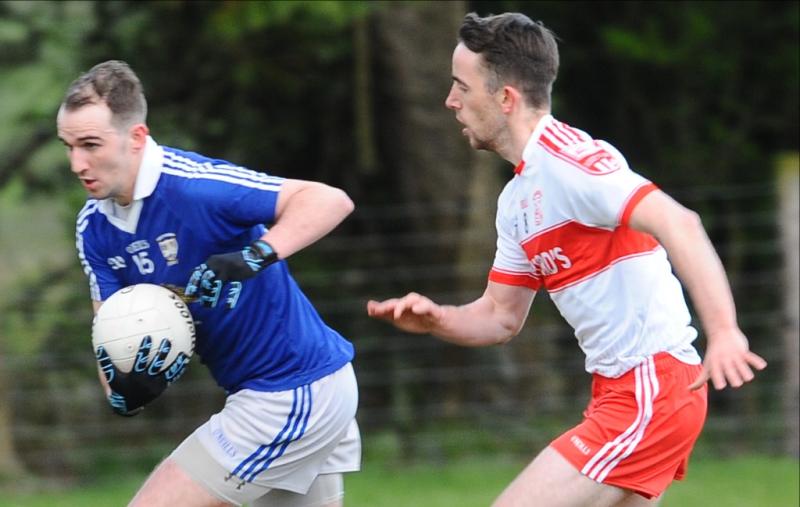 Ian Small on the attack for St Mary's Granard in evading the challenge of Abbeylara opponent Colm P Smyth. Action from the All County Football League Division 1 game at Higginstown. Pic:Declan Gilmore

Robbie Smyth registered the impressive total of 1-10 (five frees) as Abbeylara proved too strong for St Mary’s Granard in the All County Football League Division 1 clash at Higginstown on Friday evening.

Smyth was superb in scoring some fantastic points while his cousin Conor Berry also had a fine game for Abbeylara as they tormented the disappointing Granard side in this one-sided local derby.

Two goals in the closing stages of the second half added some sort of respectability to the scoreline for St Mary’s who struggled throughout the game and trailed by 1-11 to 0-4 at the break.

Cian Brady (first half) and Robbie Smyth scored the goals for Abbeylara while the Granard goals were registered by Darren Gallagher, Ian Small and substitute Darragh Lee.