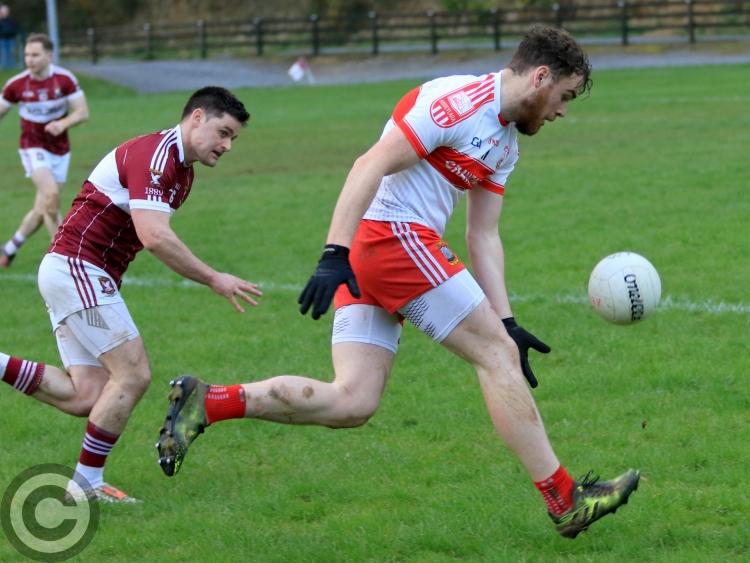 Conor Berry on the attack for Abbeylara in breaking away from Mullinalaghta defender Shane Mulligan. Action from the Division 1 league game at the Laurels on Saturday evening. Photo: Syl Healy

A second half goal from James McGivney proved crucial as Mullinalaghta bounced back from the defeat against Longford Slashers the previous week to claim a win against their neighbours Abbeylara in the Division 1 league game at the Laurels on Saturday evening.

McGivney’s goal materialised in the 48th minute when there was just three points between the sides. St Columba’s had to play the entire second half with 14 men after goalkeeper Patrick Rogers was sent off in first half stoppage time for a red card offence.

Abbeylara (without Robbie Smyth) were unable to make use of the numerical advantage on the changeover.  They cut the gap to just one point twice in the early stages of the second half but that was the closest they were to get to Mickey Graham’s charges as McGivney’s goal killed off their challenge.

Subs:- David O’Rourke for B Fox (five minutes into first half stoppage time); B Fox for D McElligott (49 mins).