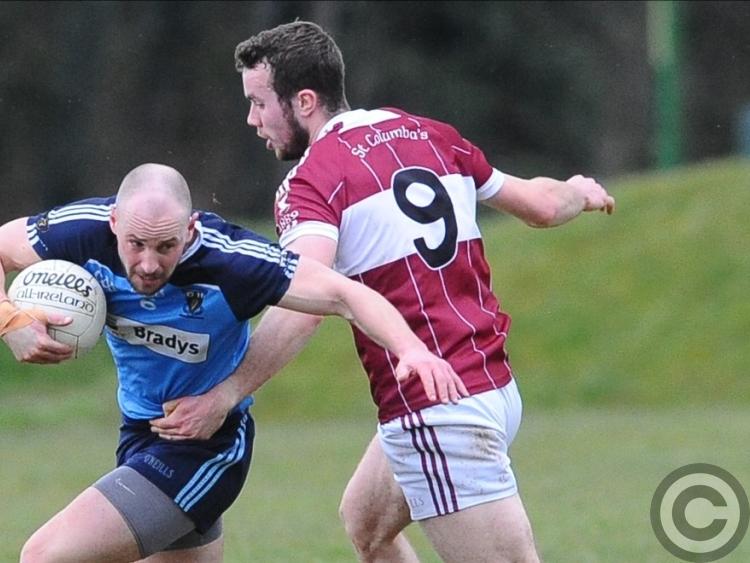 Peter Foy on the ball for Longford Slashers in evading the challenge of Mullinalaghta opponent David McGivney. Action from the Division 1 league game at Fay Park. Photo: Declan Gilmore

With five minutes of the Division 1 league game remaining at Michael Fay Park on Sunday a fantastic James McGivney score extended the Mullinalaghta lead to five points and it looked like another win for Mickey Graham’s side but Slashers had other ideas.

The excellent Robbie Clarke set up both late goals for the home side. The first came in the 57th minute when his free was flicked to the net by Ruairi Clarke to cut the gap to two points.

Robbie kicked over a point soon after to leave just the minimum of margins separating the sides and then in stoppage time he capitalised on Mullinalaghta keeper Patrick Rogers being out of his goals to pass to Ciaran Farrell and he made no mistake to snatch the winning score.