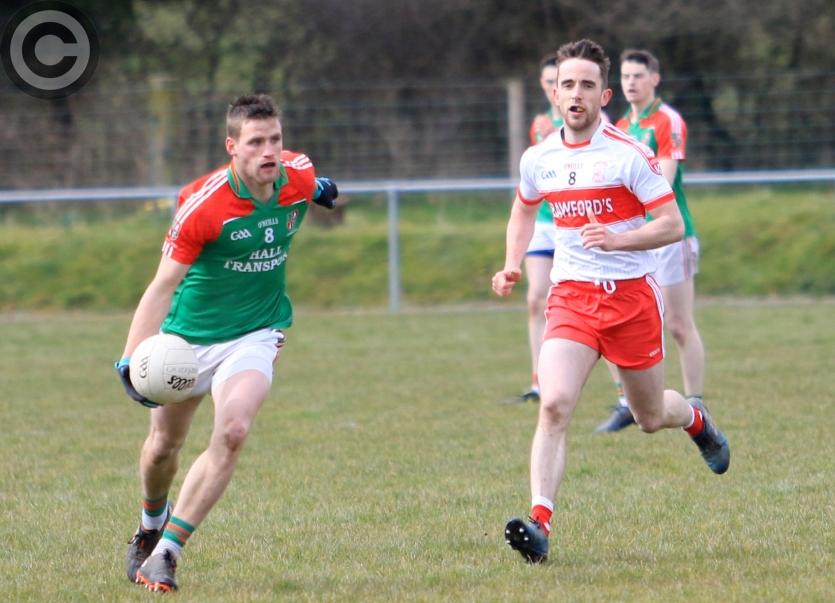 Paul McKeon on the ball for Colmcille ahead of Abbeylara opponent Colm P Smyth. Action from the Division 1 league game at Lynch Park. Photo: Syl Healy

Early goals from Cathal McCabe (penalty) and Darren Mulligan set Colmcille on their way to victory in their opening All County Football League Division 1 fixture against a depleted Abbeylara side at Lynch Park on Sunday.

McCabe stuck away the penalty in the 3rd minute and two minutes later Darren Mulligan got the second goal for Colmcille who ended up leading by 2-4 to 0-5 at the break.

Abbeylara, who missed a penalty in the 9th minute when Robbie Smyth shot wide, lost by the wide margin of 12 points in the finish with Rory Hawkins scoring the third goal for Colmcille in the 47th minute.