Longford and Westmeath clash in the battle to gain promotion 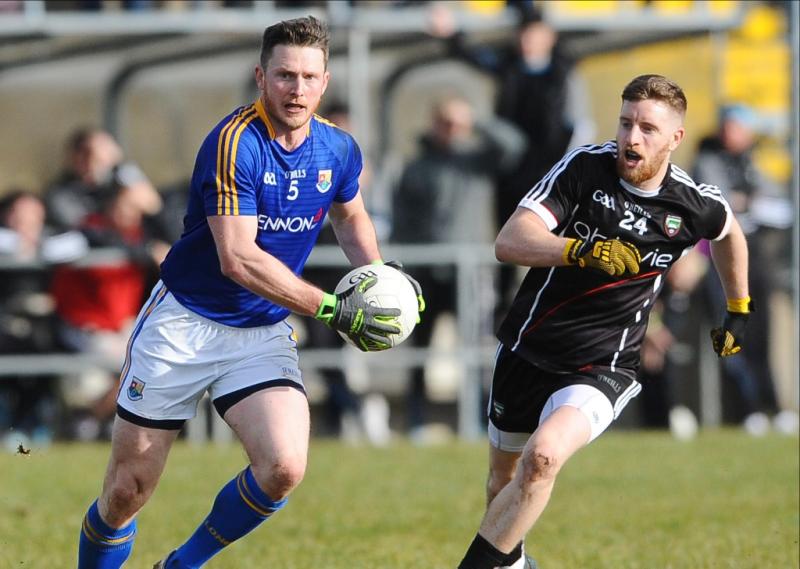 While Longford are still on course to gain promotion to Division 2 of the National Football League despite the draw against Sligo, a couple of key players will be missing for the massive match against Westmeath this Sunday, throw-in 2pm.

Michael Quinn, who is playing exceptionally well this season, got married to Kate Larkin today (Saturday) while fellow Killoe clubman Sean McCormack is still injured and he will also be ruled out of the final Division 3 fixture at home to Fermanagh on March 25.

A big attendance is expected at Glennon Brothers Pearse Park for the eagerly clash of the neighbouring rivals and with Westmeath ending Fermanagh’s unbeaten run at Cusack Park on Sunday last the fierce battle to gain promotion has been thrown wide open.

With Armagh the favourites to finish top of the table, Longford are also in a good position at the moment and will clinch a place in Division 2 next season should they win both their remaining games against Westmeath and Fermanagh.

The point that Longford picked up at Markievicz Park last weekend means that Division 3 status is secured for another season.

While it could get even better for manager Denis Connerton and his players the task of beating both promotion rivals Westmeath and Fermanagh is going to be very tough.

Fermanagh looked in control against Westmeath in Mullingar when a goal from substitute Eamon Maguire left them in a comfortable 1-9 to 0-8 lead with 58 minutes gone on the clock. However the visitors suffered a significant setback moments later when they were reduced to 14 players and failed to register another score.

Westmeath, to their credit, came storming back to snatch a fortunate win and landed four points in stoppage time to come out on top in a dramatic finish. Their main man is unquestionably John Heslin who fired over seven points (five frees) in the crucial  0-14 to 1-9 victory over Fermanagh.