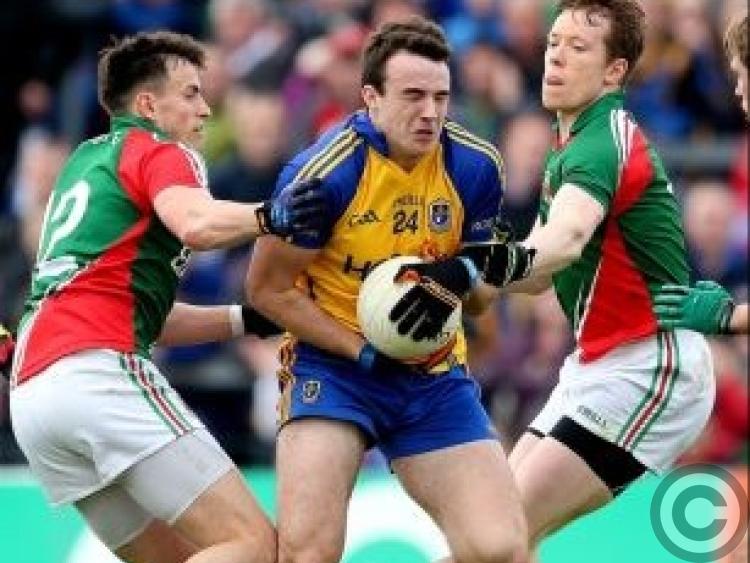 Mark Nally pictured in action for Roscommon against Mayo in the 2014 Connacht Senior Football Championship.

Roscommon Gaels clubman Mark Nally, who made three championship appearances for the Roscommon county senior team in 2014, will be lining-out with Longford this season.

Mark was brought on against Mayo in the Connacht semi-final four years ago, scoring a point in that narrow Roscommon defeat by the minimum of margins, and is son of former Ballymahon footballer Frank Nally who won the Longford Intermediate Championship title with his native club back in 1984.

Longford manager Denis Connerton said that the 24 year-old was training with his squad after declaring for his parents’ home county but will remain committed to his club team in Roscommon.

“We have been looking at Mark’s performances for quite a while now as we knew about his Longford connections and that he had not been involved with Roscommon,” explained Connerton.

“So we asked him in and he obliged. He’s a big lad and he will be with the squad on Sunday for the O’Byrne Cup semi-final against Meath in Navan.”