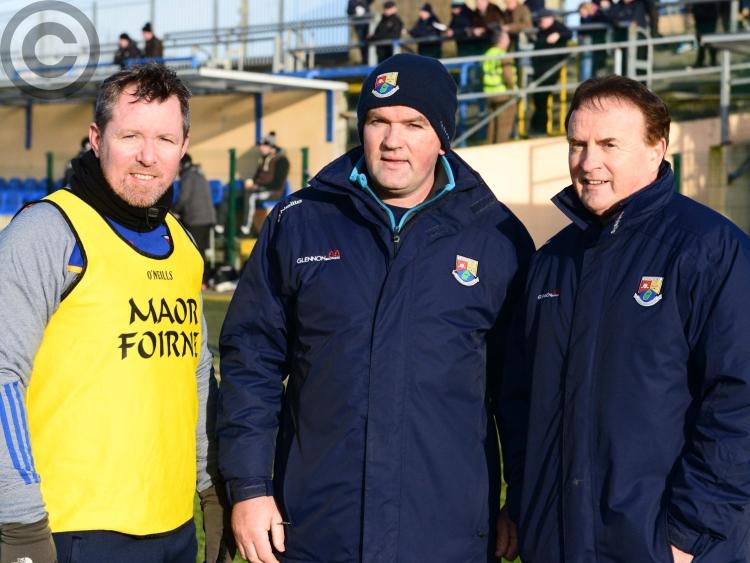 While Longford manager Denis Connerton is lamenting the loss of such key players as Diarmuid Masterson (work reasons) and John Keegan (doing a masters degree this year) who are unable to commit to the county senior squad, wins over Louth and Kildare in the O’Byrne Cup is a positive start to the new season.

Connerton and his fellow mentors Ciaran Fox and Enda Macken have availed of the opportunity to experiment with a number of newcomers and that is encouraging for the future. Youth is certainly getting its fling in the current campaign and particularly impressive in the 1-14 to 0-13 victory over Division 1 opponents Kildare was Rian Brady.

Mullinalaghta man Brady was brought on in the closing stages of the first half in the match at Glennon Brothers Pearse Park on Sunday last and ended up scoring four points in tormenting the Kildare defence. Thus Longford finished top of Group 2 and now take on Meath in the Leinster senior football tournament semi-final at Pairc Tailteann, Navan this Sunday, throw-in 2pm.

The counties are set to clash again in the Leinster Championship quarter-final at the end of May and while nobody will be getting carried away with the progress to the penultimate stage of the O’Byrne Cup, reaching the final against Westmeath or Offaly will keep the momentum going in the build up to the National League which begins at the end of January.

On the evidence of their most emphatic 4-19 to 0-13 win over Wicklow in Navan on Sunday last, Meath are fielding a relatively strong squad in the O'Byrne Cup even allowing for the introduction of a few newcomers by manager Andy McEntee. Having said that, the Royal county were hard pressed to beat Carlow by just  two points, 0-9 to 0-7, in the midweek fixture at Netwatch Cullen Park.