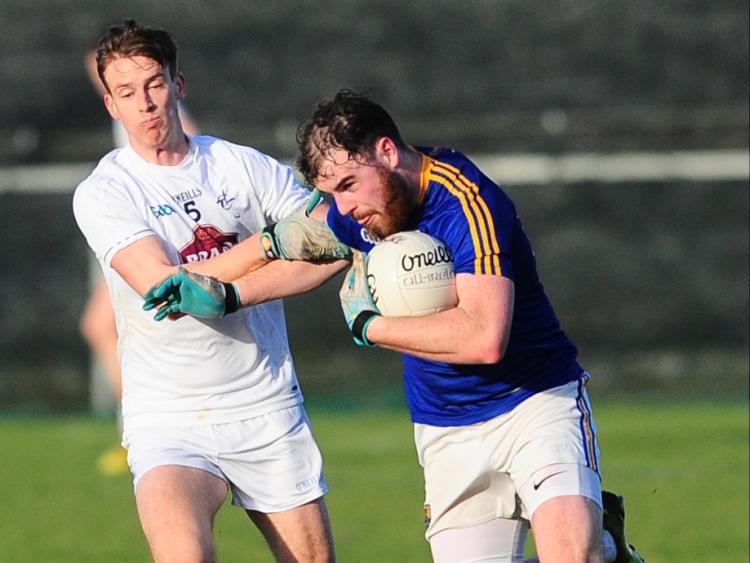 Building on the promising start to the new season they made in getting the better of Louth the previous weekend, Longford battled back to score a fine win over Kildare in the O’Byrne Cup and much to the sheer satisfaction of their supporters among the attendance in the region of five or six hundred at Glennon Brothers Pearse Park on Sunday last.

A most pleasing aspect of the performance was the determined manner in which Longford battled back from 0-7 to 0-4 down in the closing stages of the first half to eventually come out on top by four points and their reward is a place in the Leinster senior football tournament semi-final against Meath at Pairc Tailteann, Navan this Sunday, throw-in 2pm.

The counties are set to clash again in the Leinster Championship quarter-final at the end of May and while nobody will be getting carried away with the progress to the penultimate stage of the O’Byrne Cup, manager Denis Connerton has availed of the opportunity to experiment with a number of newcomers and that is encouraging for the future.

Kildare held a narrow 0-9 to 0-8 lead at the break but Longford (minus the injured Ronan McEntire and flu victim Pauric Gill from the team that lined-out against Louth) upped the tempo to enjoy a decisive dominant spell in early stages of the second half that yielded a goal and three points in the space of seven minutes.

Sean McCormack converted a couple of frees while impressive substitute Rian Brady also shot over the bar and ended up with a total of four points to his credit.

After influential wing forward Daniel Mimnagh (who worked extremely hard in covering a lot of ground) had a goal effort saved by the Kildare keeper Mark Donnellan right at the start of the second half, Longford found the back of the net in the 43rd minute.

Robbie Smyth hit the target at the second attempt, after the opposing netminder had stopped his initial point-blank shot, and that left Longford in a fairly comfortable 1-11 to 0-9 advantage.

While Kildare came storming back to close the gap to the minimum of margins after firing over four points in a row through Fionn Dowling (2), Luke Flynn and Tommy Moolick, the pressure was eased on Longford when Rian Brady landed a terrific score in the 56th minute.

It took a crucial save by Paddy Collum moments later to prevent David Hyland from getting the lead goal for Kildare and Longford managed to consolidate their grip on the game with a brace of late points from Rian Brady making absolutely certain of the deserved victory over quite a strong Kildare squad.

Longford were guilty of kicking seven wides in the first half, as compared to just three for Kildare, with Robbie Smyth (two frees) and Sean McCormack (one free) accounting for seven of the scores (which included a couple of cracking strikes) while Dessie Reynolds (a terrific effort) was also on target as the home county remained very much in contention despite some poor finishing.

Kevin Feely (4 frees), Daniel Flynn (2), Paul Cribbin (2) and Eoin Lawless registered the nine Kildare points in the first half but the lilywhites had to settle for second best against a sharper Longford side who showed the greater urgency on the changeover to outscore the Division 1 opposition by 1-6 to 0-4.