Longford GAA Convention: Derek Fahy and Gerry Hagan back on board

Brendan Gilmore loses out in contest for Leinster Council representatives 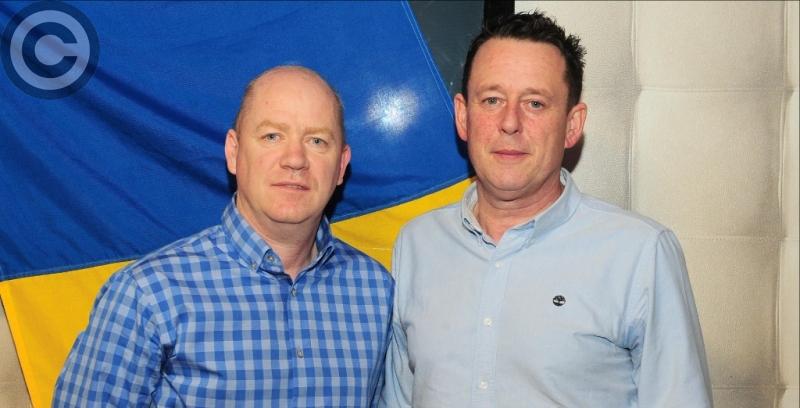 Derek Fahy (Ballymore) and Gerry Hagan (Killoe Emmet Og), who were re-elected the Leinster Council representatives following a contest for the positions at the Longford GAA Convention.

Gilmore had been hoping to secure one of the two berths on the Leinster Council 12 months on from losing out to Eamon Reilly in the contest for County Board Chairman.

And, for a short period, at least, the former Longford Town Councillor looked to be very much in the shake-up after a first count left him in second position and two votes ahead of nearest challenger Gerry Hagan.

By that stage, Ballymore's Derek Fahy had already been safely returned to his post when his 50 first preference vote return left him some 21 votes ahead of the quota (29).

Despite Brendan Gilmore's first count showing, the murmurings from a number of eagle eyed delegates on the floor appeared to indicate that the Rathcline club man needed to be further ahead of his Killoe opposite number, Gerry Hagan ahead of the second count.

That assessment was one which was confirmed soon after when those results were read out to a hushed crowd inside Ballymahon's Cooney's Hotel at the Longford GAA Convention.

They showed that Gilmore had managed to secure just four of Fahy's transfers, leaving him on 23 votes and more importantly ten votes behind  Hagan.

As the results of  the election were confirmed, Brendan  Gilmore briefly addressed delegates, saying: “Council has spoken and I think it's time to hang up the boots.”

It was a short, affecting statement which drew a sustained round of applause from those in attendance.

Both Derek Fahy and Gerry Hagan kept a lid on their own satisfaction at being reinstalled as Leinster Council representatives for a second year by paying tribute to Brendan Gilmore.

Fahy said while he had been somewhat taken aback by his poll-topping exploits, defeating a “tireless worker” like Brendan Gilmore gave him “no great pleasure”.

The evening, widely viewed as being one of the more low key of annual conventions, saw a number of questions being drawn at the Co Board's €130,915 net deficit for 2017.

One delegate asked Co Board Treasurer Albert Cooney to explain how players travel and team expenses had risen almost €60,000 in the space of 12 months.

“The costs are way down compared to other counties,” came the brusque reply from Cooney.

“We (Longford GAA) are doing the best to provide the best possible set up for our county teams and I think we are doing a very good job.

“There is no money being wasted and we are keeping costs to a minimum.”

Albert Cooney, at times, seemed a tad irked by the direct questioning which was coming from one particular delegate.

“You were Treasurer and you know yourself,” he told him, bridging over his glasses to the floor below.

“If you look at other teams, we are in the smaller bracket and even smaller counties are spending more than us.”