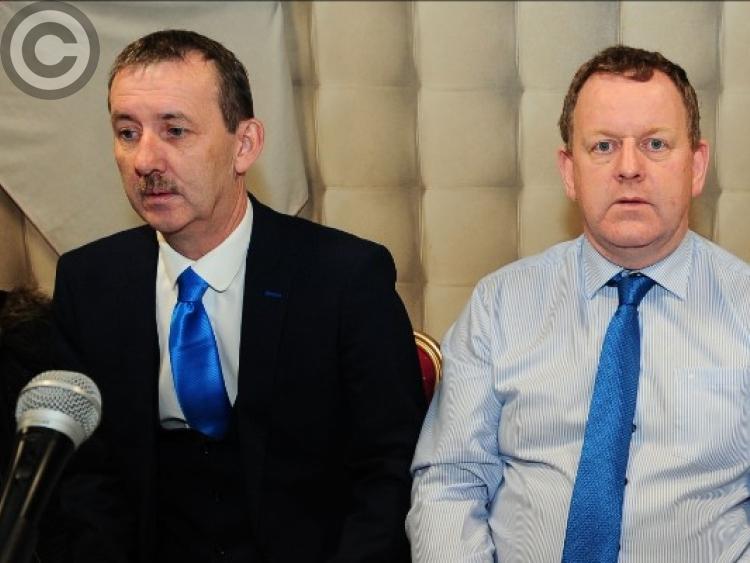 Forgney man Eamon Reilly was returned unopposed for a second term as Longford GAA Chairman and delivered a positive update on the Glennon Brothers Pearse Park stand situation in his address to the annual Convention in Cooney’s Hotel, Ballymahon on Thursday night.

“Unfortunately the stand in Pearse Park has been on the agenda for the last number of years. Having agreed a course of action with the National Facilities, Health & Safety Committee in Croke Park and a finance plan with the National Finance Committee we submitted our planning application which was passed by Longford Co. Council. Their decision was appealed to An Bord Pleanála. A  great deal of work has gone on in the background over the last number of weeks to try and resolve the issue and we have now got sight of a letter which has been submitted to An Bord Pleanála withdrawing the objection.

“There have been a few false dawns before so we will wait until we receive this confirmation which will take another 5 to 7 working days, but it looks likely that we will be in a position to proceed with the renovation works in the New Year. This leaves a very tight timeline to have at least the West Stand open for the Leinster Championship match v Meath but that will be our goal. We would not have got to this position without the tireless work of Peter O’Reilly and John Greene in this matter and I am very grateful to them for their assistance,” commented the Chairman.

There was just one contest on the agenda at the quiet Convention for the two Leinster Council representatives and the outgoing officers Derek Fahy (Ballymore) and Gerry Hagan (Killoe Emmet Og) are back on the Longford GAA Executive for 2018 with former Chairman Brendan Gilmore (Rathcline) losing out.

Fahy was elected on the first count with 50 votes followed by Gilmore (19) and Hagan (17). Having exceeded the quota of 29, the distribution of Fahy’s surplus of 21 votes resulted in the election of Hagan (33+16) on the second count ahead of Gilmore (23+4).