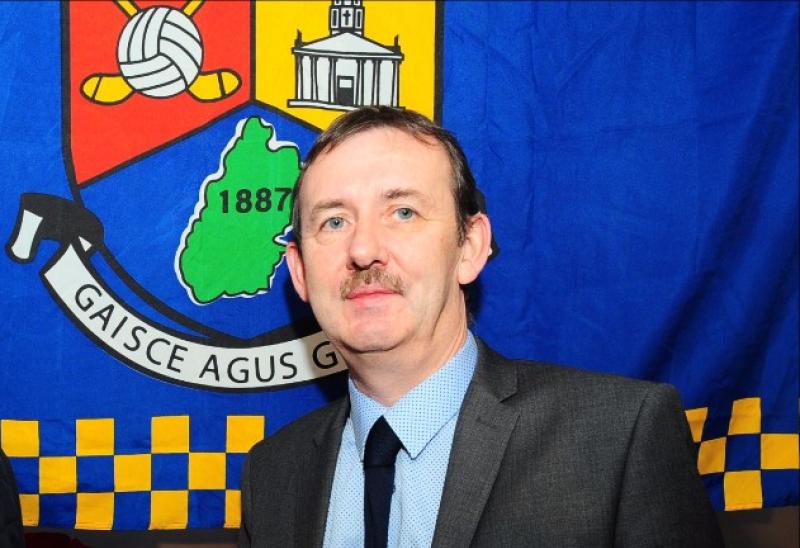 Eamon Reilly will be returned unopposed for a second term as County Board Chairman at the annual Longford GAA Convention which will be hosted by the Ballymahon club in Cooney’s Hotel on Thursday 14 December, starting at 7.30pm.

A quiet Convention is in prospect with just two positions vacant at the top table, Coaching & Games Development Officer and PRO, while there are a small number of motions on the agenda.

Tommy McLoughlin (Mostrim) is the only nominee for the increasingly important role of Public Relations Officer while Finbar Meehan (Mullinalaghta St Columba's) is the sole candidate for Coaching Officer after the other nominee, Martin Skelly (Cashel), confirmed that he is not running for this position.

A  very intriguing contest might materialise for the two Leinster Council representatives with former Chairman Brendan Gilmore (Rathcline) nominated against the outgoing officers Gerry Hagan (Killoe Emmet Og) and Derek Fahy (Ballymore) and it remains to be seen what will happen here.

Fahy is also nominated for the position of Central Council delegate, occupied by Michael Carrigy for the last four years, but the indications are that the Sean Connolly’s clubman will be elected unopposed for a final term as Longford’s representative among the power brokers in Croke Park.