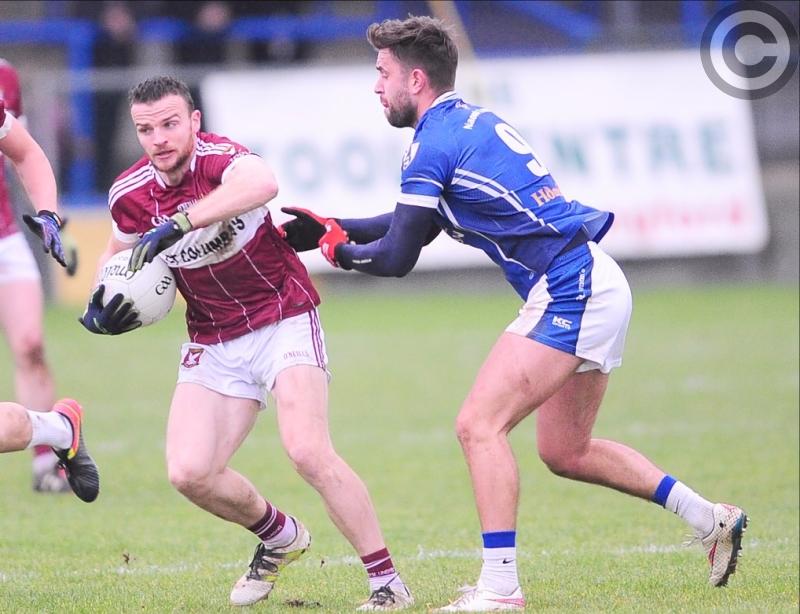 As the Longford champions Mullinalaghta prepare to take on St Loman’s Mullingar in the Leinster Club SFC quarter-final at Glennon Brothers Pearse Park for the second consecutive year, the shrewd St Columba’s manager Mickey Graham will be stressing the importance of making a good start.

That was the case in the recent first round fixture against the Carlow champions Eire Og as the Mullinalaghta men dominated the first half to establish a comfortable 0-8 to 0-1 lead at the break, even if they did struggle on the changeover to consolidate their grip on the game.

St Columba’s eventually won by seven points with a last gasp goal from Gary Rogers casting a rather flattering look on the final scoreline and Mickey Graham is only too well aware that there is plenty of room for improvement for the much tougher task they are facing against the three-in-a-row Westmeath champions this Sunday, throw-in 2pm.

Leading the charge for St Loman’s in their quest to gain revenge for the surprise defeat (0-14 to 1-9) at Pearse Park last season will be their star man John Heslin who clocked up the impressive total of 2-6 (six frees) in the 3-13 to 0-14 win over Tyrrellspass in the county final a couple of weeks ago.

Former Longford manager Luke Dempsey has guided the Mullingar side to Westmeath SFC glory for the third year in succession and while they will be hoping to make a big impact in the Leinster Club Championship, Mullinalaghta will be quietly confident of advancing a stage further.

The reward for the winners is home advantage in the semi-final against Simonstown Gaels Navan (Meath) or Starlights Enniscorthy (Wexford).