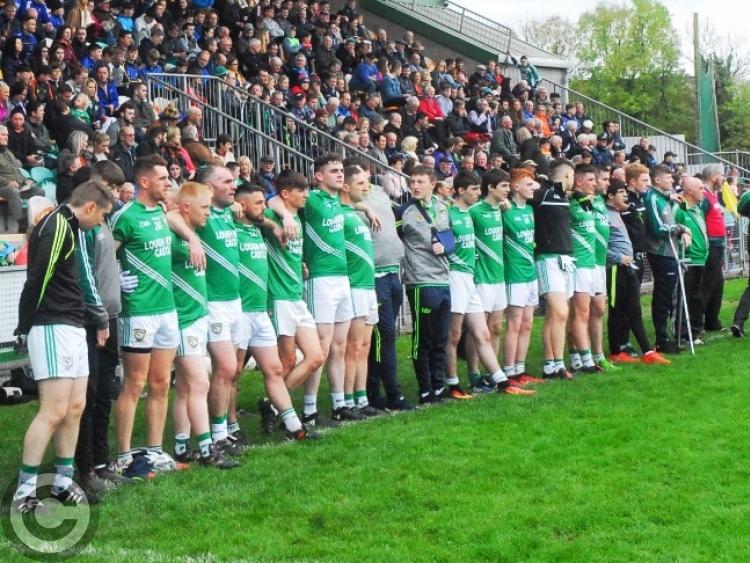 Defeat may have been their lot but Mohill proudly flew the Leitrim flag in Elvery’s McHale Park in Castlebar before going down to a hard fought five point loss to a strong Castlebar Mitchels side on Saturday.

The first round of the AIB Connacht Club Senior Championship saw the Leitrim champions make the long journey to Castlebar as complete outsiders but they produced a defiant, disciplined defensive display that rocked a lethargic and perhaps complacent Castlebar side.

Trailing by two points at the break, Mohill will look back on the first half as where the game got away on them as they manufactured one great goal chance that was blasted over the bar by Keith Keegan while they had a sniff of another when a Keith Beirne shot came off the post.

With an incredibly disciplined defence, Mohill held the highly rated Castlebar out and recovered from an early two point deficit to leave after 11 minutes and they kept fighting back against the Mayo men, going in front again with Keegan’s goal chance.

Three unanswered points before the break and a fantastic block on a Danny Kirby shot ensured Mohill went in 0-7 to 0-5 at the break but the home team seemed to be taking control with two fantastic points from Barry Moran and Danny Kirby early in the second half.

But producing some fantastic counter attacking football, Mohill hit four unanswered points over seven minutes to tie the scores on the three-quarter point.

Unfortunately, Mohill were unable to answer as Castlebar upped their intensity to hit seven unanswered points before the final whistle, two injury time frees from Keith Beirne reducing the gap.

It was nevertheless a strong showing from the Leitrim champions away from home and one they can take a lot of pride from as they fought with great intensity and saw Caillin Canning and Ronan Kennedy in particular produce two outstanding performances.

Canning was the dominant presence in the battle for possession and he drove his team forward while anything that Mohill did in attack generally involved the clever play and positioning of Kennedy.

With Padraic Davis’ team starting out with 13 and, at times, 14 men behind the ball, Castlebar started well with points from Ray O’Malley and Barry Moran kicking points inside the opening four minutes.

But Mohill responded impressively with Ronan Kennedy setting up Keith Beirne for a good point and then two fouls on Kennedy leading to successful frees from his County team-mate.

Cian Costello and a David Stenson free edged Castlebar back in front by the 18 minute mark but a lovely Kennedy point levelled before the moment that encapsulates the what if for Mohill.

A patient passing move seemed to be break down but Caillin Canning burst through the Castlebar defence at pace and off-loaded to Keith Keegan who was charging clear but he lifted his shot over the bar, rather than under it.

Mitchels could have hit the back of the net when Danny Kirby got in behind the Mohill defence but Padraig Tighe saved his effort well and the home team finished with points from Stenson and Eoghan O’Reilly, from distance, to put his side two to the good on a scoreline of 0-7 to 0-5 at the short whistle.

Castlebar obviously got a dressing down at halftime as they started strongly with Barry Moran and Danny Kirby both scoring great points from opposite corners to stretch their lead to a ominous looking four points.

But Mohill refused to bend the knee and a powerful Shane Quinn run resulted in Oisin Madden firing over on six minutes while a foul on Alan McLoughlin saw Beirne convert a free.

Ronan Kennedy then beat two defenders to the ball and pointed before a Ronan Gallagher run was ended with a foul and Beirne converted to level the scores at 0-9 apiece going into the final 15 minutes.

Unfortunately for Mohill, Castlebar finally stirred and full-back Ger McDonagh fired over to edge his team back in front before Neil Douglas hit two points in as many minutes and suddenly the gap was back to three within four minutes.

Cian Costello and Douglas both added points inside a minute and the game was suddenly beyond Mohill’s grasp and Castlebar kept their foot on the pedal, Aidan Walsh and Costello adding points before Beirne fired over two consolation frees in added time.