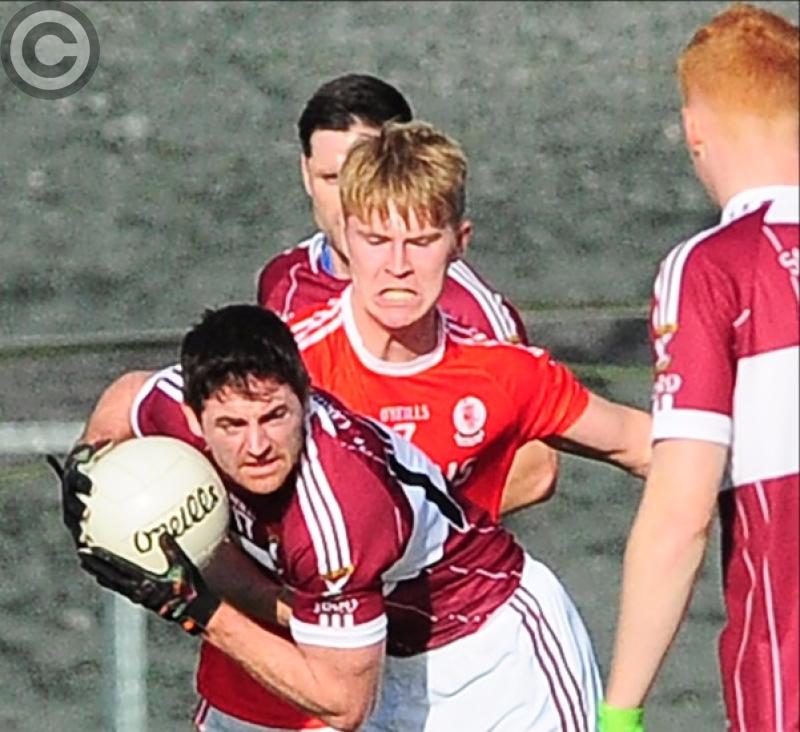 Mullinalaghta crossed the first hurdle in the Leinster Club Senior Football Championship when they had seven points to spare over Carlow’s Eire Og at Glennon Brothers Pearse Park on Sunday.

The scoreline suggests a comfortable win for St Columba’s and while they dominated the first half to lead by 0-8 to 0-1 at the break with James McGivney kicking some excellent scores, it developed into quite a struggle for the Longford champions on the changeover with their advantage cut to three points in the lengthy stoppage time due to a couple of injuries.

A point-blank shot from substitute Niall Quinlan was saved by Patrick Rogers but the ball deflected off Darragh O’Brien into the back of the net to leave just three points separating the sides, 0-13 to 1-7, in a tense finish.

Mullinalaghta kept their composure and replied immediately with a marvellous point from Jayson Matthews to ease the pressure and then put the issue beyond all doubt virtually on the stroke of the eventual final whistle when Gary Rogers scored a cracking goal in the eighth additional minute, at which stage Eire Og full-back Mark Fitzgerald was sent-off after receiving a second yellow card.

The reward for the Mullinalaghta men is another home game at Pearse Park against the Westmeath three-in-a-row champions St Loman’s Mullingar on Sunday week, November 12, in a repeat of last year’s provincial quarter-final which was won by St Columba’s.