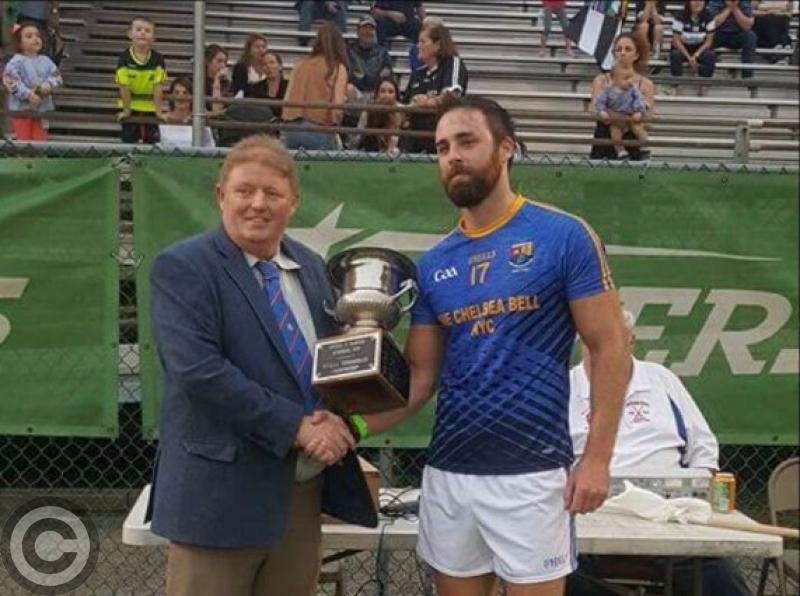 There were scenes of great celebration in Gaelic Park on Sunday last as the Longford football team in New York won the Intermediate Championship title, beating Sligo 1-12 to 1-9 in the final with Ardagh native Brian Kavanagh playing a leading role in this terrific triumph.

The captain of the Longford squad, New York Intermediate champions 2017, was Mullinalaghta man Kevin Mulligan and brother of Shane who captained St Columba’s to back-to-back Longford SFC titles following their win over Abbeylara in the recent county final.