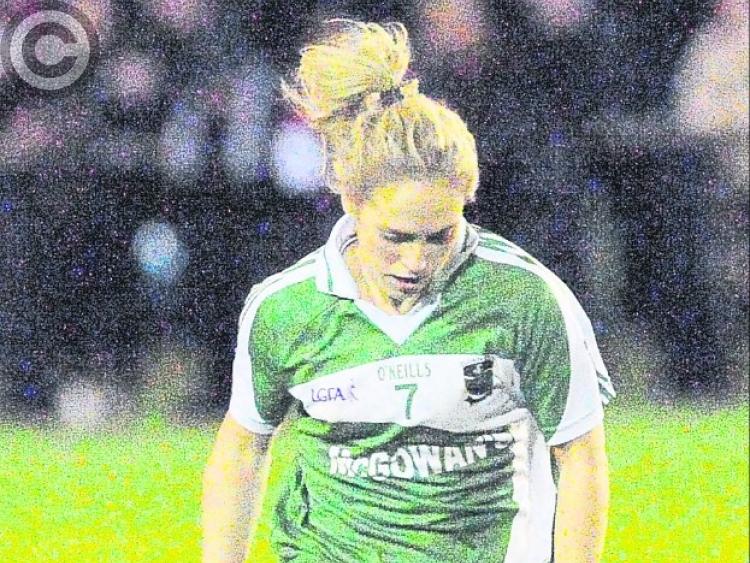 Mairead Moore pictured in action for the Clonguish ladies.

Longford Ladies Senior football champions Clonguish were defeated in the semi-final of the Leinster Intermediate Club Championship by a well drilled St Maurs of Dublin in Rush on Saturday.

St Maurs, who were the 2016 All-Ireland Junior Club Champions, had the backing of a strong wind in the first half. They settled quickly to their task and ran up a 1-9 to 0-0 lead by the 25th minute but Clonguish finished the first half strongly with a goal from Cliodhna Allen and points from Aoife Darcy, Oonagh Shanley and Aishling Greene.

Further scores on the changeover from Aoife Darcy (2) and Cliodhna Allen closed the gap to just four points but then a fortuitous goal by St Maurs dashed the Clonguish comeback.