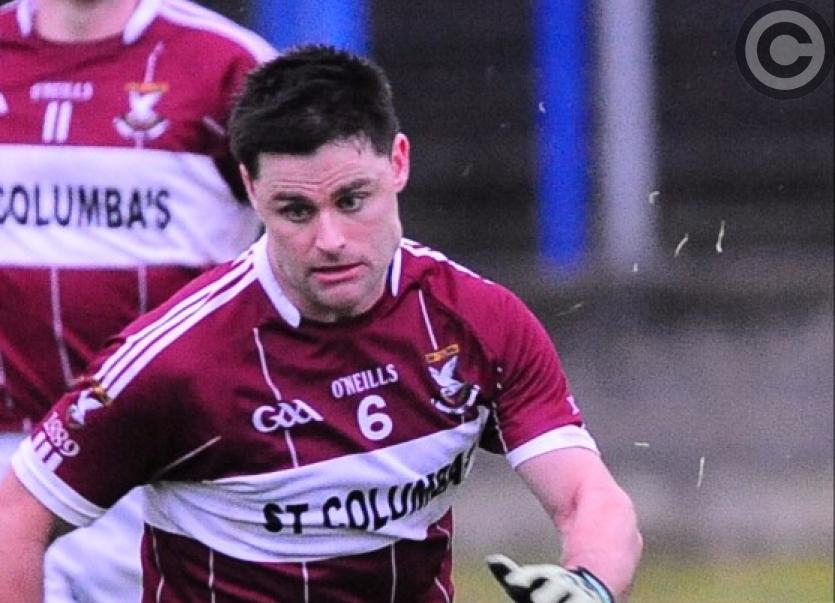 The undisputed kings of Longford football are Mullinalaghta St Columba’s as they overcame Abbeylara again to win the County Senior Championship title for the second year in a row in front of the official attendance of 4,215 at Glennon Brothers Pearse Park on Sunday.

Boosted by a brilliant start which saw them storm into a 0-4 to 0-0 lead with just eight minutes gone in the county final, St Columba’s were generally in control but had to be content with a slender 0-5 to 0-3 advantage at the break after kicking a total of six wides.

A brace of well struck scores from Rian Brady in the opening minute set the trend for the eventual outcome and Conor McElligott also landed a couple of scores before Abbeylara opened their account in the 10th minute from a free converted by Robbie Smyth.

Just three more scores materialised during the remainder of the first half with Barry Smyth and James McEntire on target for Abbeylara while David McGivney (free) replied for Mullinalaghta.

The reigning champions looked to have pulled away when a strong start to the second half yielded four points through Donal McElligott, Conan Brady, James McGivney and Rian Brady and the best Abbeylara could do was a solitary score from a Jason Kelly free.

But the beaten finalists for the previous two years were thrown a lifeline when they were awarded a penalty and a badly needed goal resulted from the kick taken by Robbie Smyth in the 40th minute.

That was a huge lift for Abbeylara who actually got back on level terms (1-6 to 0-9) thanks to a couple of points from frees fired over by Robbie Smyth but St Columba’s kept their composure and regained the upper hand in going on to clinch back-to-back SFC titles.

Four points in a row through Rian Brady (winner of the man of the match award), Jayson Matthews (free), David McGivney (free) and James McGivney made sure that the Connolly Cup was heading back to Mullinalaghta and they were unquestionably the superior side on this occasion.

St Columba’s were reduced to 14 players when Jayson Matthews was sent-off after receiving a second yellow card in the 60th minute but there was no way back for Abbeylara who grabbed a consolation score in stoppage time when Robbie Smyth converted another free.