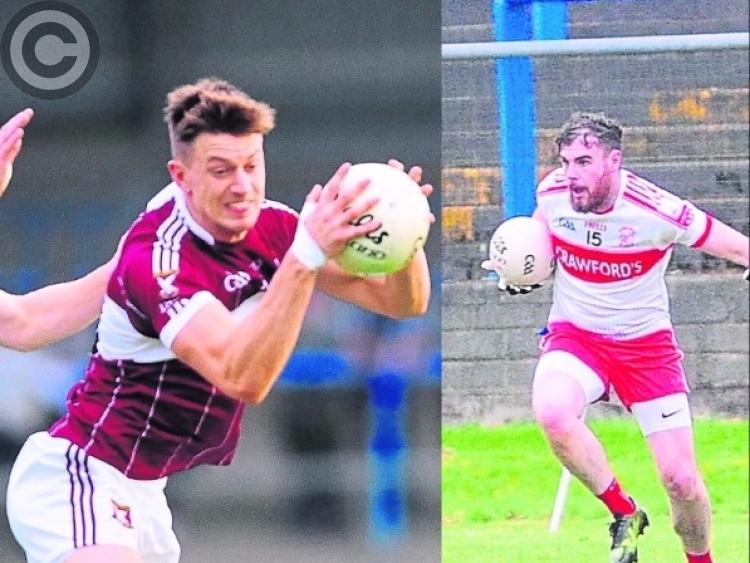 Will the hurt of losing the last two county finals drive Abbeylara across the line in their quest to be crowned senior football champions for the first time since 2006 or will it all boil down to the apparent greater quality on the Mullinalaghta team in the battle to capture the coveted Connolly Cup?

That is the big question that the Longford GAA followers will be asking in the build up to a repeat of last year’s final and while some cracks have appeared in St Columba’s rocky road along the way to the 2017 title decider the general opinion is that the reigning champions will be extremely hard beaten.

Having said that, Abbeylara should be really fired up to gain revenge for the bitter disappointment of the narrow defeat (1-8 to 0-8) against their neighbouring rivals twelve months ago and a big attendance is expected at Glennon Brothers Pearse Park on Sunday (throw-in 4pm).

Amalgamated at underage level in the guise of Northern Gaels and who have achieved a lot of underage success down through the years, the Abbeylara and Mullinalaghta players are now very familiar foes in the senior grade and it was only a matter of time before they began to make a major impact in the Connolly Cup.

Back-to-back titles would be a magnificent achievement for Mullinalaghta and after surviving a couple of very lucky escapes this season in the draws against Killoe and Clonguish in the quarter-final and semi-final respectively, Mickey Graham’s charges stepped up another couple of gears to win the replays with considerable comfort.

Seven points was the margin in both those games and Cavan man Graham will be demanding the same sort of high intensity they produced in getting past Killoe and Clonguish at the second attempt.

St Columba’s showed a lot of character to remain in contention for the county title and their progress to the final proved to be difficult when you also take into account that they were fortunate to defeat Dromard by a solitary point in the group stage.

Those tough games should stand to them and while Abbeylara got the luck of the draw in avoiding Mullinalaghta, Killoe, Clonguish and Dromard in the knock-out stages they were still hard pressed to reach the county final for the third year in succession.

After losing to Clonguish by a point in their remaining group fixture when the result did not really matter as they had already qualified for the last eight, Abbeylara were hard pressed to overcome Colmcille in the quarter-final by the minimum of margins, 0-15 to 0-14.

On that occasion they depended far too heavily on ace attacker Robbie Smyth who was superb in shooting 13 points (could he prove to be the matchwinner yet again for Abbeylara on Sunday?) but there was a more pleasing outcome to the semi-final success over Mostrim with five different players getting their names on the scoresheet.

Conor Berry played a prominent role to register 2-1 with his second goal in the 60th minute clinching a hard earned win. Four points (3-13 to 2-12) separated the sides at the final whistle as the underdogs Edgeworthstown made a brave bid to cause an upset in the high scoring entertaining encounter.

Robbie Smyth and Conor Berry at their best can really make their presence felt for Abbeylara in the eagerly awaited local derby final and with other key figures in Colm P Smyth and Fergal Battrim it could all come good on Sunday.

Backboned by quite a few talented young players, Abbeylara must have the belief in their ability and there is also a Cavan connection with their team as the manager is Danny Brady from Mullahoran.

St Columba’s coach Mickey Graham (the Cavan Gaels clubman) has been working with a tightly knit unit for the past two years and there is a much greater spread of the scores on his highly committed team.

That is clearly reflected in the fact that nine different players got their names on the scoresheet in the semi-final replay win over Clonguish and their strong attack will be hard stopped with the revitalised Conor McElligott adding to the threat.

Livewire corner-forwards Jayson Matthews and Rian Brady, the powerful James McGivney and chief marksman David McGivney are all well capable of posing considerable problems for the Abbeylara defence who are sorely missing the injured Michael McHugh.

The towering figure of John Keegan will be difficult to contain at centrefield while the main men in the Mullinalaghta defence are Donal McElligott and Shane Mulligan who will command the pivotal positions.

It was a cracking goal from Aidan McElligott with less than a minute gone in the second half that settled the issue in last year’s final and while another close encounter could be in prospect on Sunday the physically stronger Mullinalaghta St Columba's side are fancied to inflict more misery on Abbeylara.