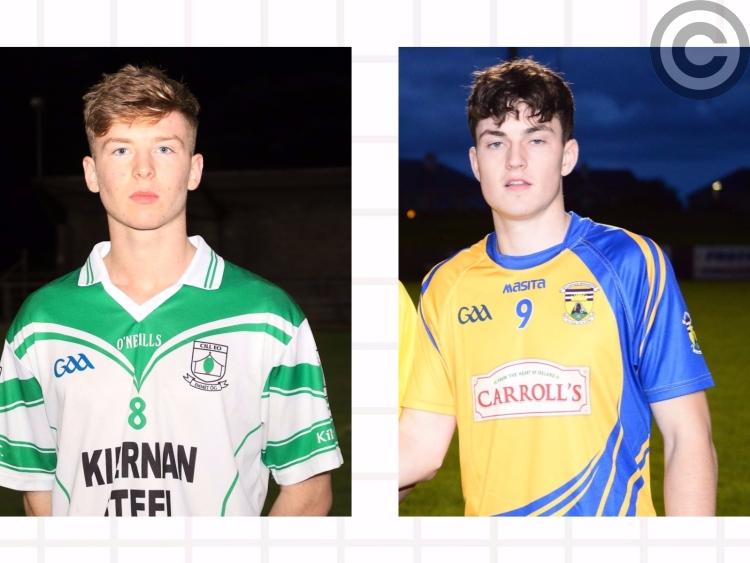 Killoe Og will be hoping to complete a league and championship double when they take on the amalgamation of Carrick Sarsfields/Kenagh/Moydow in the Minor ‘A’ Championship Final at Glennon Brothers Pearse Park on Sunday, throw-in 2pm.

The Killoe side captured the Division One league title last Saturday with an 11 point win (1-22 to 0-14) over their great rivals Longford Slashers after extra-time. Liam Harte scored the  goal in the additional period after the sides were deadlocked at 0-13 apiece at the end of normal time.

The clubs also clashed a couple of weeks  before in the semi-final of the championship with Killoe defeating Slashers 1-14 to 1-4.

Killoe have been in tremendous form in both league and championship. They lost just one game in the league against Slashers and topped their championship group on full points with good wins over Granard/Ballymore and Clonguish Og.

Having lost last year’s final to amalgamated side Shamrock Gaels (Ballymahon/Forgney/Cashel/KIllashee), the Killoe boys will be hoping for better luck on Sunday.

Standing in their way of a first minor championship triumph since 2012 are another amalgamated side, Carrickedmond/Legan/Kenagh/Moydow, who finished third in the league behind Killoe Og and went on to finish top of their championship group with wins over Longford Slashers and last year’s winners Shamrock Gaels.

The south Longford amalgamation scored a landslide 7-15 to 1-2 win over Granard/Ballymore in the semi-final replay at Glennon Brothers Pearse Park on Sunday last and the manner in which they won the game with such ease suggests a tough task for Killoe in the title decider.

Carrick Sarsfields/Kenagh/Moydow have performed well in league and championship and have been the big scorers in both competitions.

They clocked up seven goals in the group stage and scored seven more against Granard/Ballymore in the semi-final replay. They also reached the Special Minor League Final but lost out to Granard/Ballymore after extra-time.

The amalgamation are a well-balanced side with some promising players. Eoghan McCormack is one of the best underage footballers in the county and Killoe will have to watch out for the threat he is capable of posing in Sunday’s final.

There are a number of players who were on the Longford minor squad this year with Shane Farrell and Kyle Kenny capable of turning a game in favour of their side. They also have Justin McCormack and Aidan McGuire who can also cause Killoe problems.

Carrick Sarsfields themselves have become a force at underage level in recent years (winning the Minor Championship back in 2004) and are now joined by Kenagh and Moydow in their quest to capture the prestigious U-18 title.

Killoe have players in their side that have the potential to be match winners. They like their final opponents are also well balanced so there should be nothing between the teams in a most intriguing battle for the Harte Cup.

The Killoe defence is strong and they will need to be resilient on Sunday. Gavin Hughes and Niall Farrelly are fine footballers. Liam Harte  is another talented player while Eamon Keogh and Cian Dooner are dangerous forwards who have the ability to make it difficult for the opposing defence.

The squad of players that Killoe have assembled have lots of underage success behind them including an All-Ireland U-14 Feile title.

After winning the U-14 and U-16 Club championships during the past couple of weeks they will be going all out to add the minor title to their impressive list of honours.

Sunday’s minor championship final promises to be a fantastic game of football. Experience in this grade could be the difference and that’s what could stand to Killoe Og in their bid for yet another underage success.