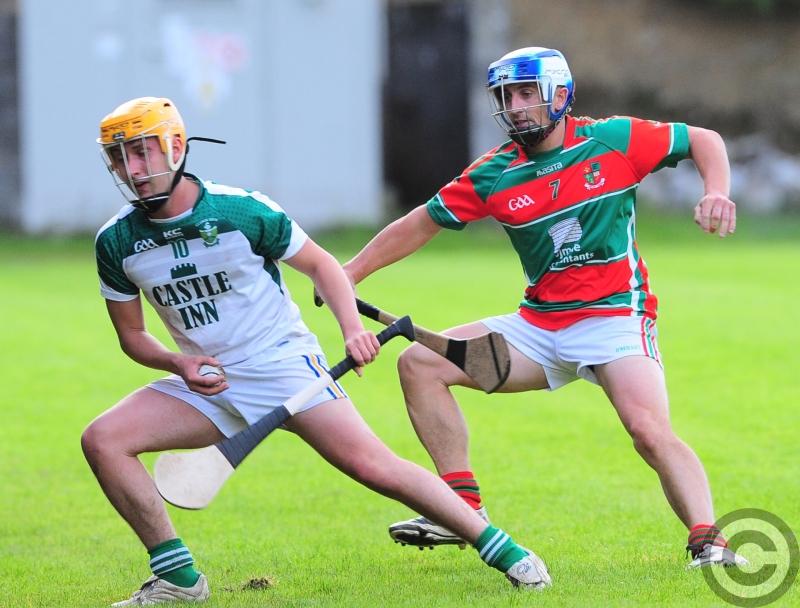 The centrepiece of the Longford GAA action this weekend is the Senior Hurling Championship final with Wolfe Tones Mostrim bidding to win the title for the fifth year in succession and the 18th time in total.

Standing in their way are Longford Slashers, who last captured the county SHC crown as far back as 2001, and they will be determined to end that long 16 years wait in the 2017 decider at Glennon Brothers Pearse Park this Sunday, throw-in 3.30pm.

Slashers are seeking to claim the senior hurling title for the 12th time and will be hoping that county regular Johnny Casey is fully fit to feature against Wolfe Tones on his recovery from injury.

Casey lined-out for Longford in the tremendous extra-time win over Warwickshire in the National League Division 3B final earlier  this season, along with fellow Slashers hurlers - brothers Karl and Reuben Murray.

The Wolfe Tones players in action against Warwickshire in the league title decider back on the first Sunday in April were Seamus Hannon (who captained the county hurlers to glory), Daire Duggan (who plays his club football with Sean Connolly’s), John Mulhern and Cian McLoughlin.

Another key figures on the Wolfe Tones team include vastly experienced duo Martin Coyle and Benny Stakem but the bad news for the Edgeworthstown outfit is the absence of another of their long serving stalwarts, Thomas Stakem, who was sent-off late in the game  against Clonguish Gaels in the group stage.

Wolfe Tones were fortunate to emerge victorious by a solitary point on that occasion, a result that was good enough to get them through to yet another county final as Clonguish also lost out to Slashers with the narrow margin of two points separating the sides in the finish.

So the three runners in the race for the senior hurling title is now down to two and Slashers will make a very determined effort to get across the line with Eoghan Kavanagh along with the deadly accurate Eoin Donnellan others capable of playing a prominent part in the final.

Slashers last reached the SHC decider two years ago but had to settle for second best against Wolfe Tones who cruised to a comprehensive 4-11 to 0-10 success and are the undisputed kings of Longford hurling.

Having said that, a close encounter is probably in prospect in the latest showdown between the fierce rivals judging by the tight matches that they played against Clonguish Gaels in the group section of the championship.

In the final analysis, Wolfe Tones have developed a habit of winning when it matters most and are fancied to retain the JJ Duignan Cup.