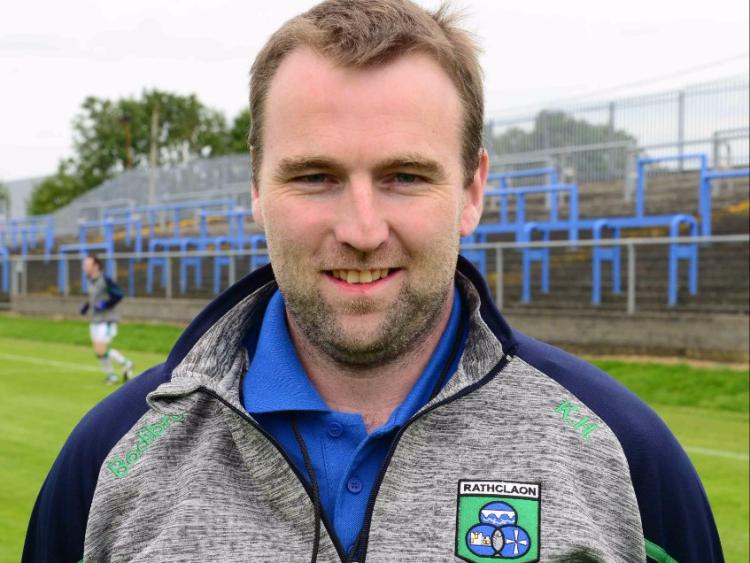 Showing fierce resilience after their main man Shane Kenny was sent-off for a second yellow card offence with ten minutes gone in the second half at a stage when they trailed by two points, Rathcline eventually conquered Sean Connolly’s in the Intermediate Football Championship Final at Glennon Brothers Pearse Park on Sunday.

Just a solitary point separated the sides at the break with Rathcline leading by 0-6 to 0-5 but Connolly’s came out with all guns blazing at the start of the second half and enjoyed a glorious spell that yielded four scores in a row - three from Stephen Lynch with Dessie Reynolds also on target.

That was really putting it up to Rathcline but they battled back in very determined fashion and hit the front when powerful centre-half-back Shane Donohue (winner of the man of the match award) surged forward to set up Ronan Clyne for a cracking goal in the 42nd minute.

That was a huge lift for resolute Rathcline who produced a very determined team effort during the remainder of this tight match and Connolly’s were also reduced to 14 players when Frank Reynolds was sent-off after receiving a second yellow card in the 44th minute.

It might have been a different story for Connolly’s but for a tremendous save by Rathcline keeper David Mulvihill in keeping out a shot from Stephen Lynch with 55 minutes gone on the clock.

Connolly’s had one last chance when they were awarded a close range free in the fourth minute of stoppage time but Dessie Reynolds blasted the ball over the bar in his bid to snatch a last gasp winning goal.