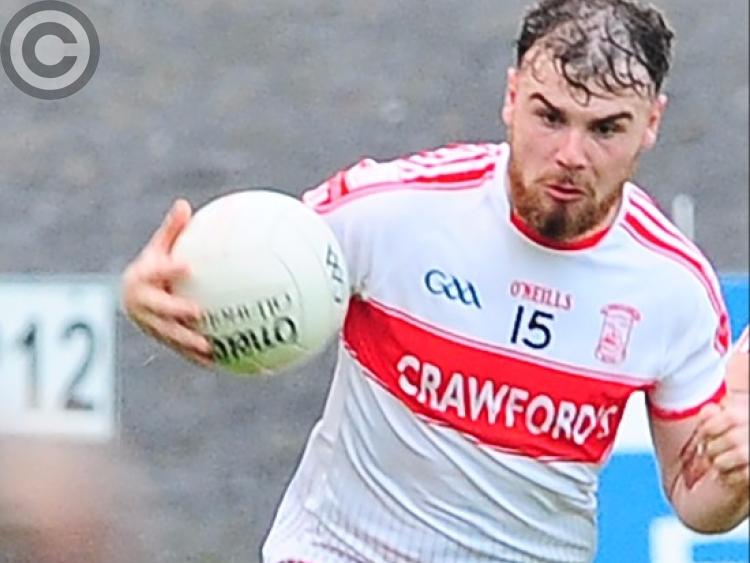 Conor Berry scored a couple of goals for Abbeylara in the second half of the senior football championship semi-final against Mostrim.

While Abbeylara were in control for the best part of the second senior football championship semi-final at Glennon Brothers Pearse Park on Saturday evening they only made victory safe when Conor Berry burst his way through to fire home a cracking goal in the 60th minute.

Five goals were scored in an action-packed second half with Fergal Battrim blasting a terrific strike to the back of the Mostrim net with a couple of minutes gone on the changeover to leave Abbeylara in what appeared to be a comfortable 1-11 to 0-7 lead.

But great credit to Mostrim for staging a very determined comeback and goals from David Morgan (42nd minute) and Brian Farrell (52nd minute) kept their hopes alive despite the fact that Conor Berry got another goal for Abbeylara in the 47th minute.

Darragh Doherty shot over the bar in the 54th minute to leave just two points (2-13 to 2-11) between the teams but Abbeylara held out to earn another crack at Mullinalaghta in a repeat of last year’s county SFC final.