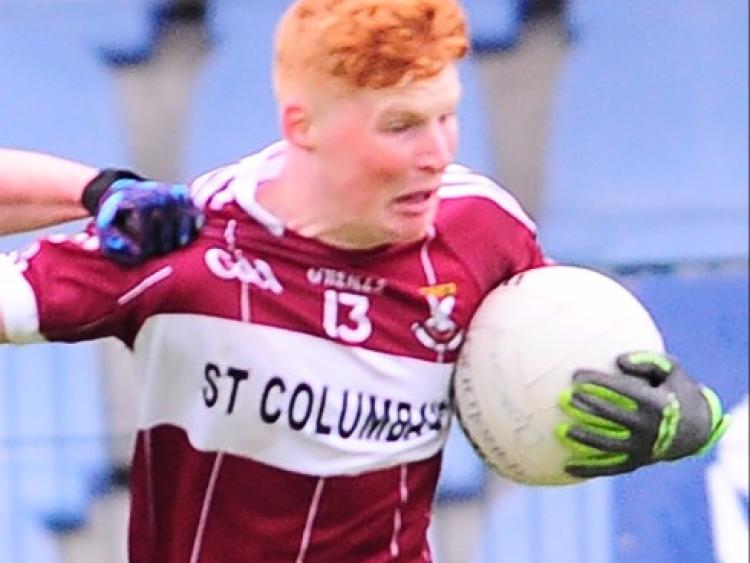 Jayson Matthews was in fine form for Mullinalaghta, scoring six points in the semi-final replay win over Clonguish.

After snatching a very fortunate second chance in the drawn encounter, Mullinalaghta stepped up another couple of gears in cruising through to the county senior football championship final against Abbeylara on October 8.

Many felt that the underdogs Clonguish had blown a glorious opportunity after letting victory slip from their grasp the previous week and so it proved as St Columba’s experienced little difficulty to come out on top in the disappointing semi-final replay at Glennon Brothers Pearse Park on Saturday evening.

Having said that, the absence of Paul Barden (unavailable to feature in the match due to personal reasons) was a major blow for Clonguish who were also forced to field without injured key defender Ronan Sweeney with Kevin Burke also on the casualty list.

St Columba’s were in control in virtually every position on the pitch and the Connolly Cup holders were well on the road to another appearance in the title decider at the break, at which stage they had built up a commanding 0-10 to 0-3 lead.